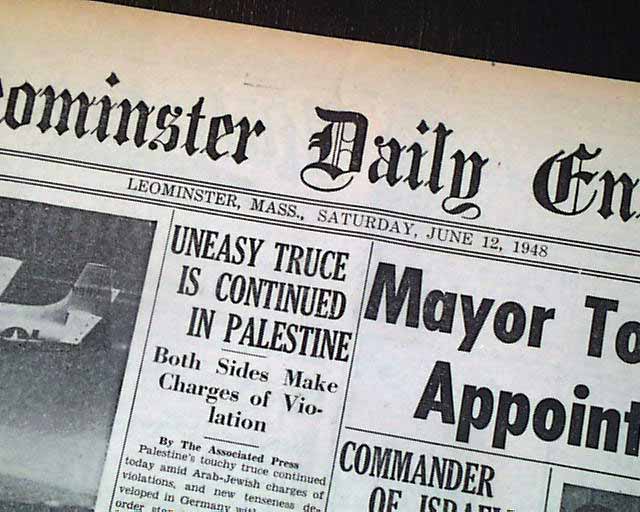 This 8 page newspaper has a one column headline on page 5: "Citation To Seek Belmont Stakes Win".

He would win the triple crown on this day.

Owned and bred by Calumet Farm in Lexington, Kentucky, Citation was a bay colt, the son of Bull Lea and the mare, Hydroplane. Trained by Hall of Famer Ben Jones and his son, Hall of Famer Horace A. "Jimmy" Jones, Citation was originally ridden by Al Snider and later by Steve Brooks and Eddie Arcaro. 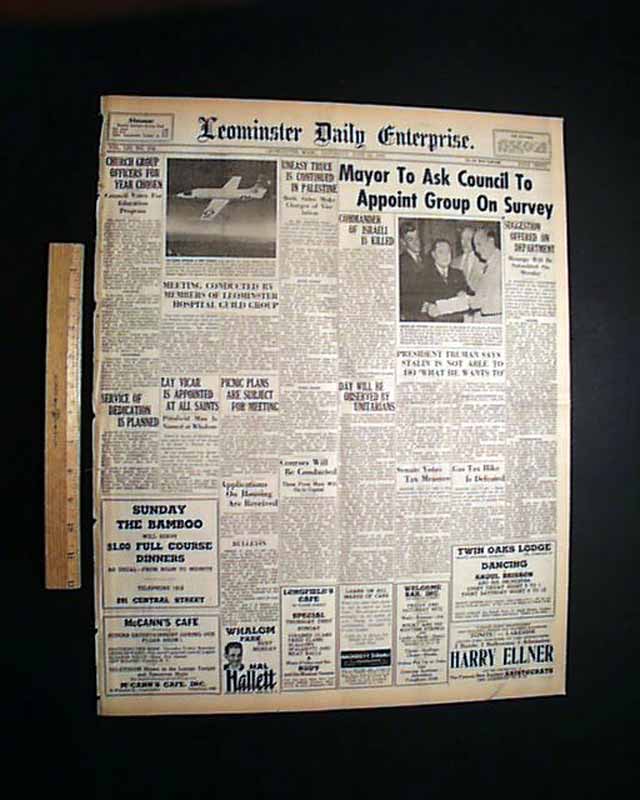 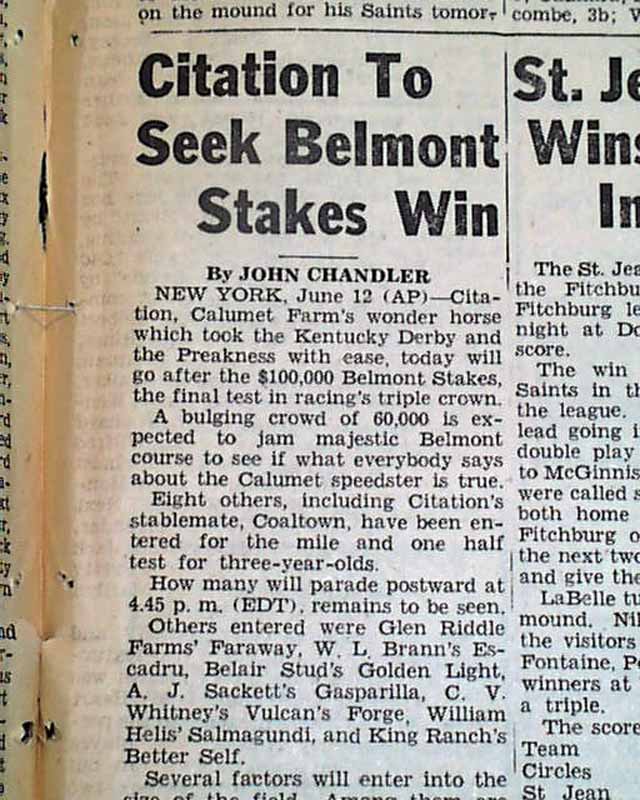 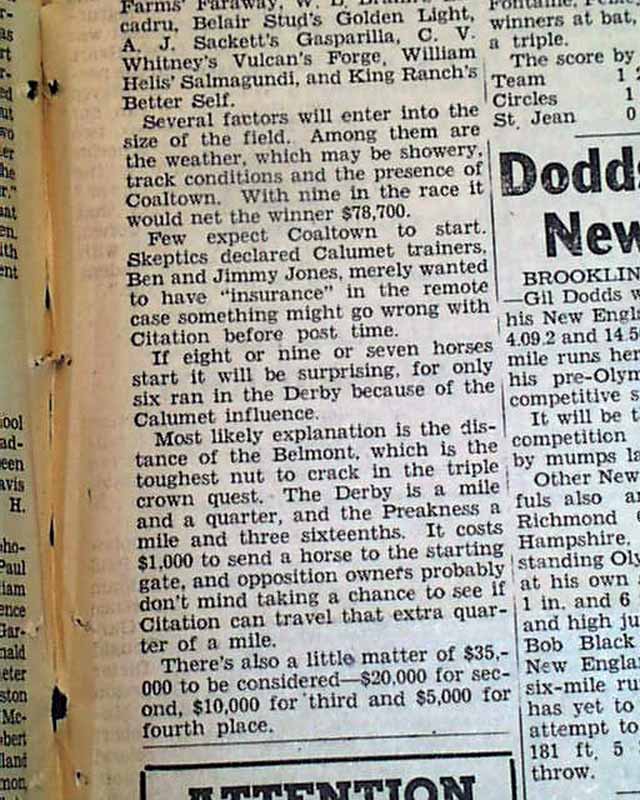 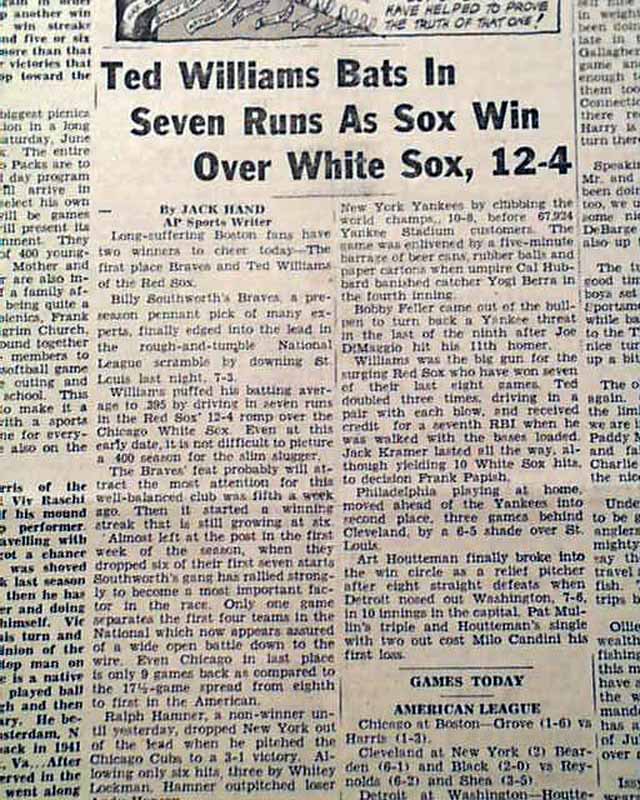 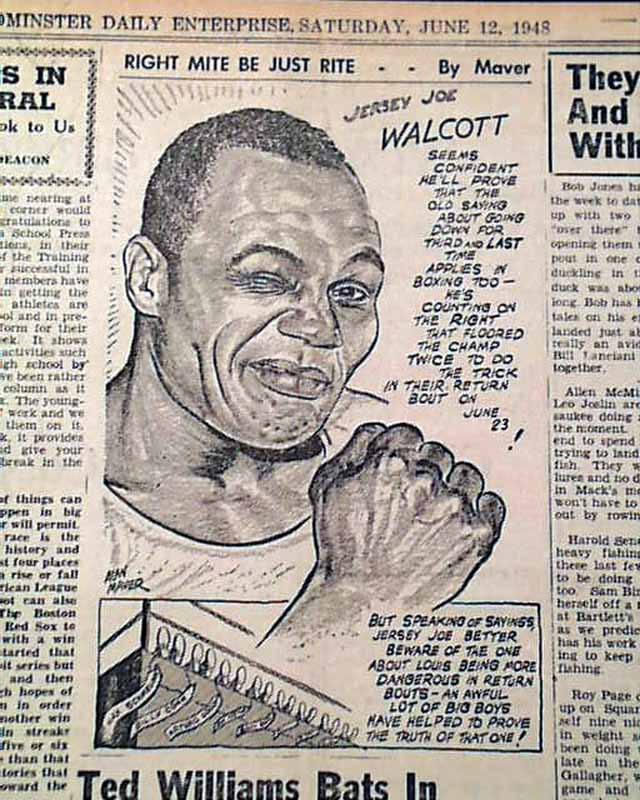 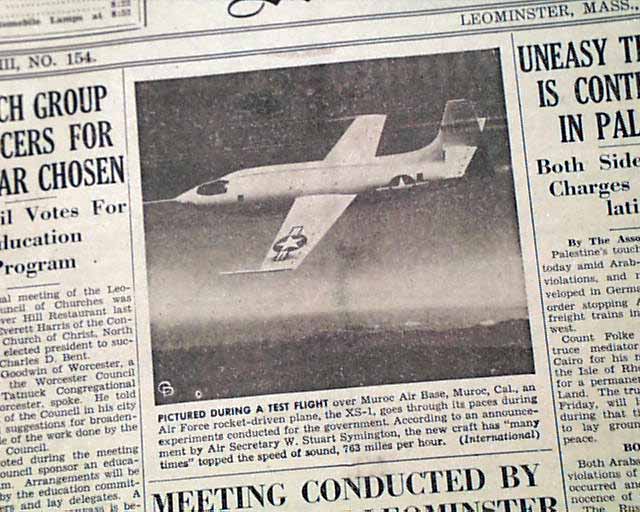