Home > Back to Search Results > Rebellious States Ruled Out...
Click image to enlarge 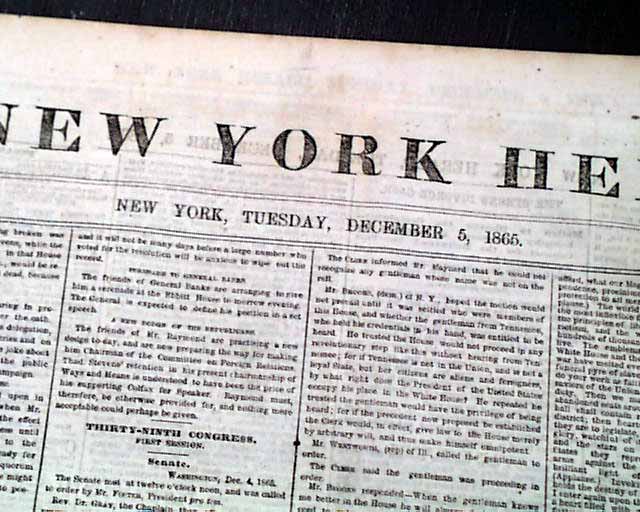 The front page has: "The New Congress" "Convening of the Two Branches Yesterday" "Hon. Schulyer Colfax Elected Speaker" "All Representatives from the Rebellious States Ruled Out" "The Radicals Early at Work in Both Wings of the National Capitol" "A New Test Oath for the Repentant Rebels" & more.

Other news of the day throughout. 8 pages in good condition. 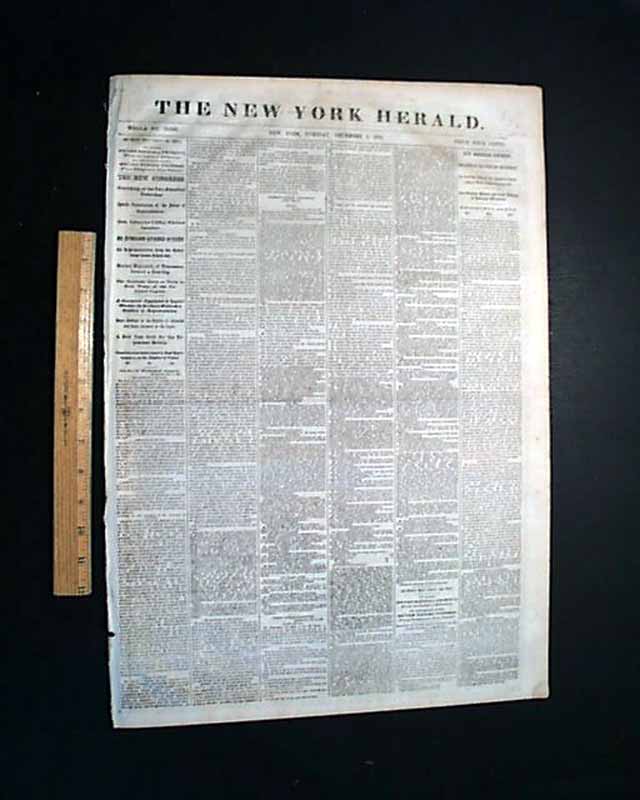 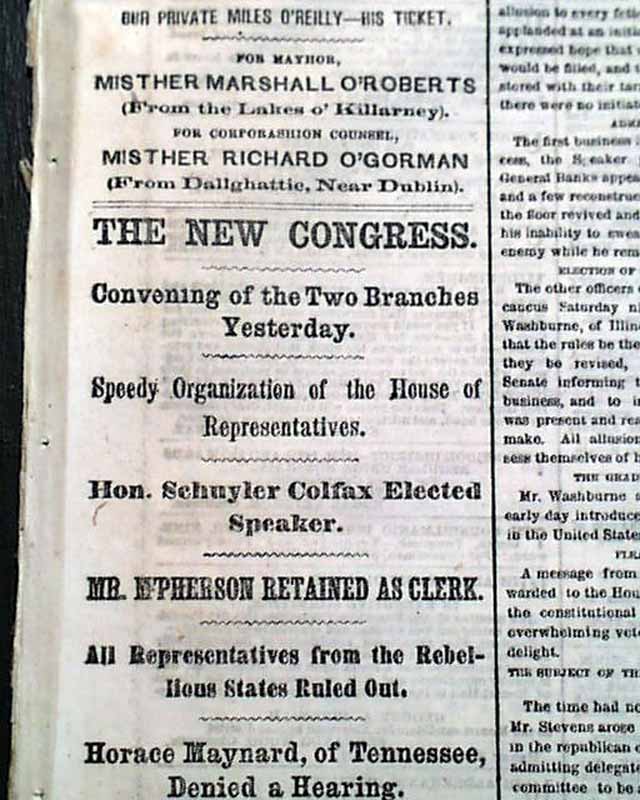 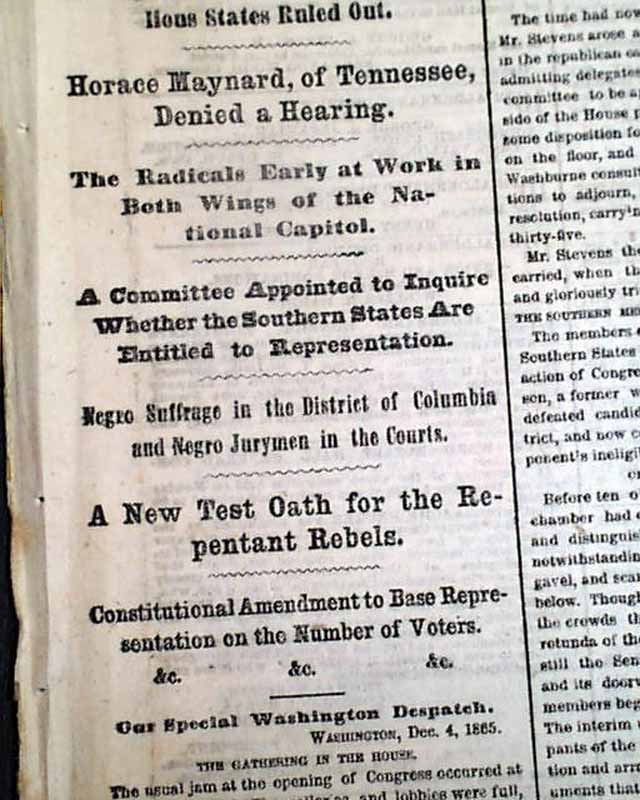 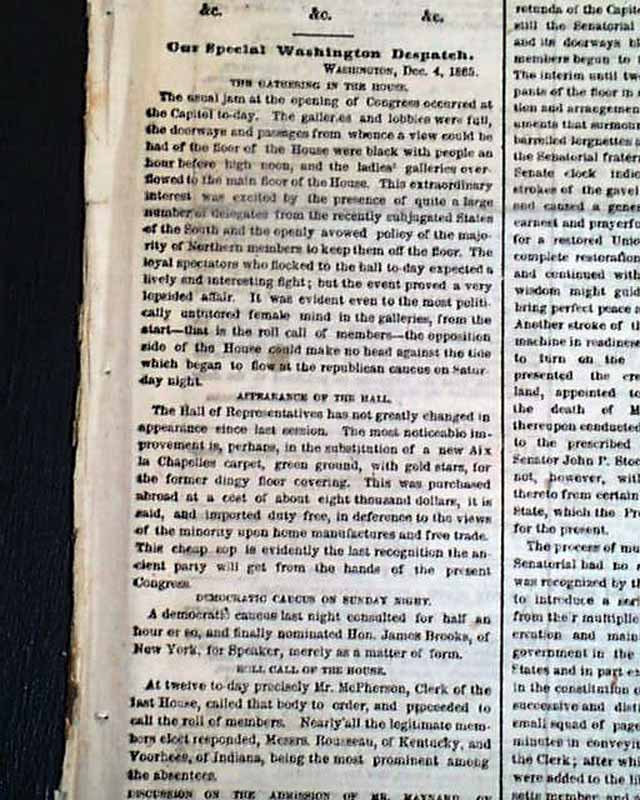 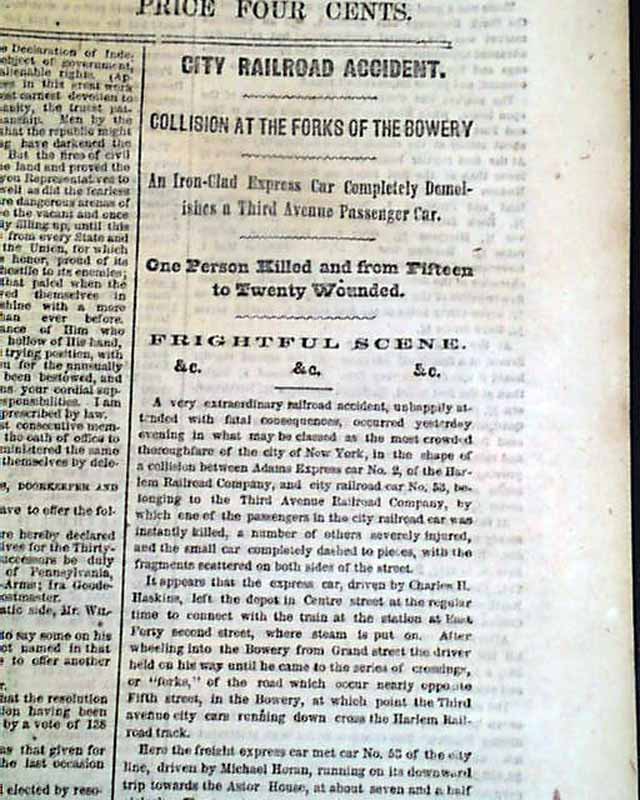 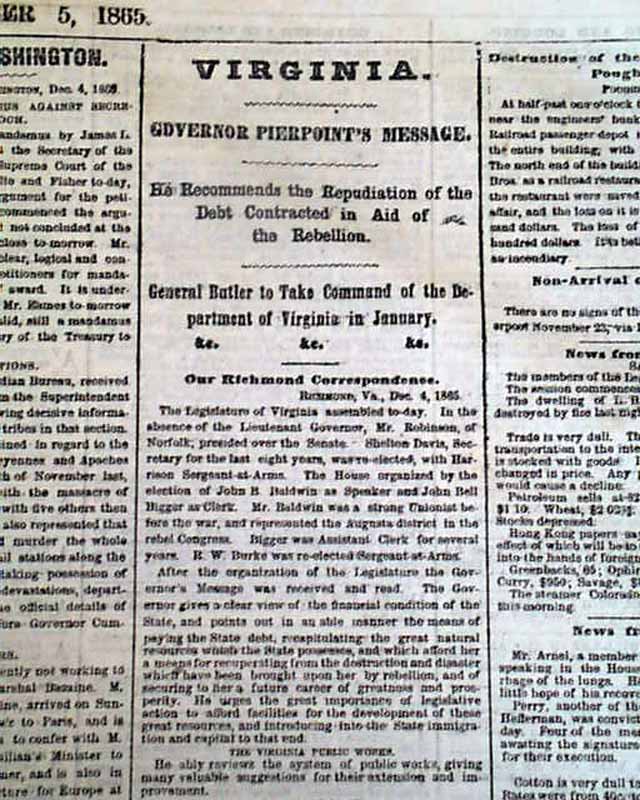