Home > Back to Search Results > Proposals sought for expanding the Capitol...
Click image to enlarge 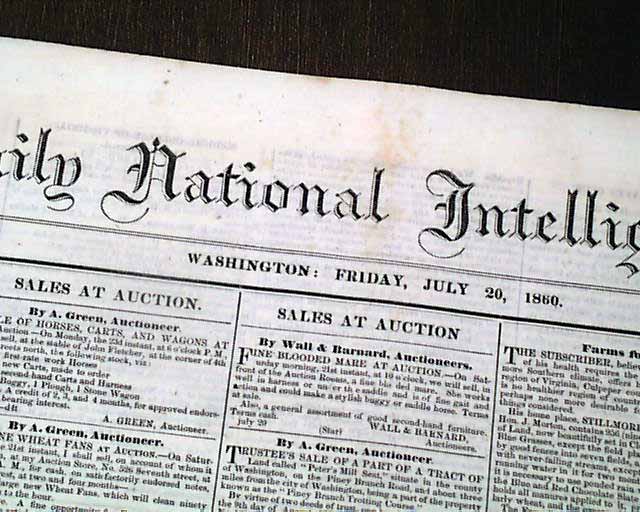 Proposals sought for expanding the Capitol...

A front page notice headed "United States Capitol Extension" states that proposals "...will be received...until noon...the 21st of August...for furnishing and putting up the iron ceilings of two rooms over the connecting corridors of the Capitol Extension..." plus specific details about the completion of the ceilings. The notice was placed by "W. B. Franklin, Captain of the Topographical Engineers, In charge of Capitol Extension." Hereafter is a "Form of guarantee" that was to be completed with each and any proposal.

Other news of the day with many ads. Bit of edge wear, otherwise in nice condition.