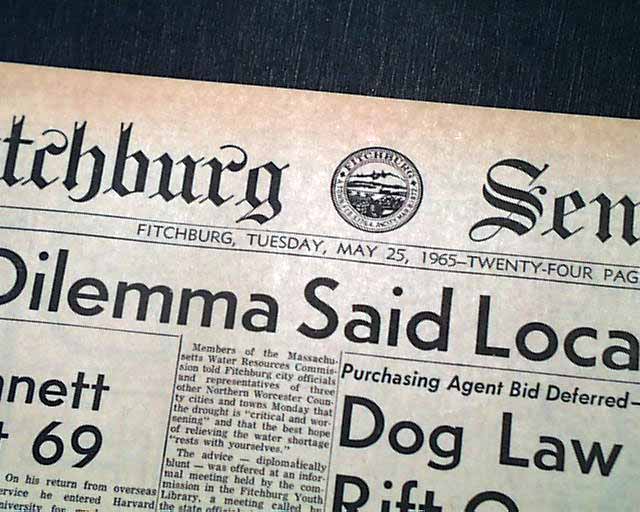 This 24 page newspaper has a two column headline on page 8: "Challenger Liston 13-10 Favorite To Dethrone Clay" with 2 small photos and the tale of the tape.

wikipedia notes: In the rematch, which was held in May 1965 in relatively-remote Lewiston, Maine, Ali (who had by now publicly converted to Islam and changed his name) won by knockout in the first round as a result of what came to be called the "phantom punch." Many believe that Liston, possibly as a result of threats from Nation of Islam extremists, or in an attempt to "throw" the fight to pay off debts, just wanted to call it a day and waited to be counted out (see Muhammad Ali versus Sonny Liston). Others, however, discount both scenarios and insist that it was a quick, chopping Ali punch to the side of the head that legitimately felled Liston.