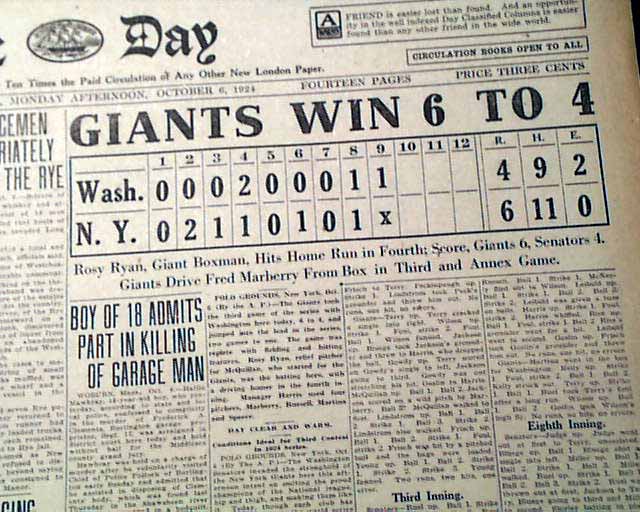 This 20 page newspaper has four column headlines on the front page that include: "GIANTS WIN 6 TO 4" with inning by inning reporting. Nice scoreboard graph as well. (see)

More inside with photos. Other news of the day.