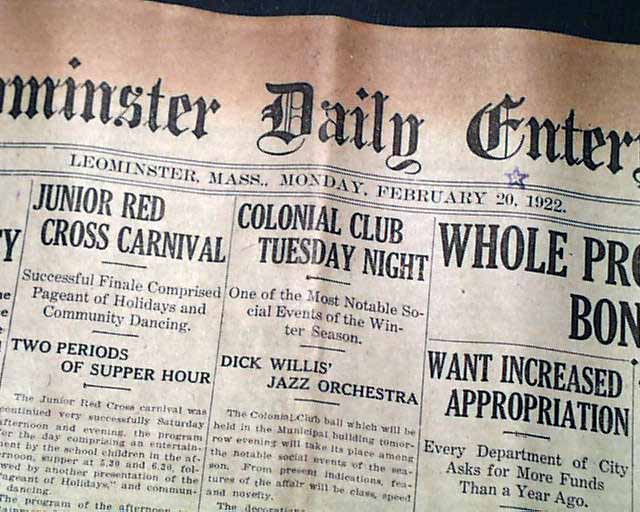 
LEOMINSTER DAILY ENTERPRISE, Massachusetts, February 20, 1922  This 8 page newspaper has a on e column headline on page 6: "Resignation of Judge Landis a Surprise in Baseball Circles".
Other news of the day. This issue is browned and pulpish at the margins with some margin wear and should be handled with care.

wikipedia notes: Kenesaw Mountain Landis (November 20, 1866–November 25, 1944) was an American jurist who served as a federal judge from 1905 to 1922, and subsequently as the first commissioner of organized baseball, including both the American and National leagues and the governing body of minor league baseball, the National Association of Professional Baseball Clubs.