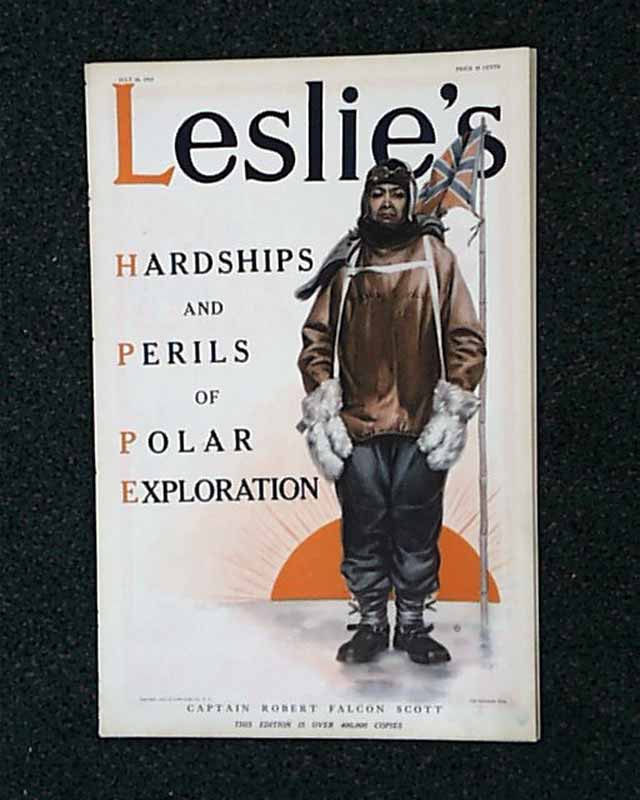 The front page of this issue has an illustration of "Captain Robert Falcon Scott" by E. Flohri. There is a full page called "In Washington With the 'Lid On'" which has many different cartoons by Kemble.

This issue has a few pages with several photos including "Life in Guam--Our Most Remote Possession" (8 photos), "People Talked About" (9 photos), "Unique and Remarkable Road-building Feat" (5 photos), and "Memorable Days in College Life" (5 photos).

There are also several articles in this issue including "Flying with the Navy--An Ill-fated Biplane" which includes 8 small photos, "Is Church Going Out of Fashion?" and "In the World of Womankind" by Kate Clark plus much more.

The back page is a full page color ad for the "National Cast Registers". Many more advertisements included.