Home > Back to Search Results > Boundry line between Georgia and Florida...
Click image to enlarge 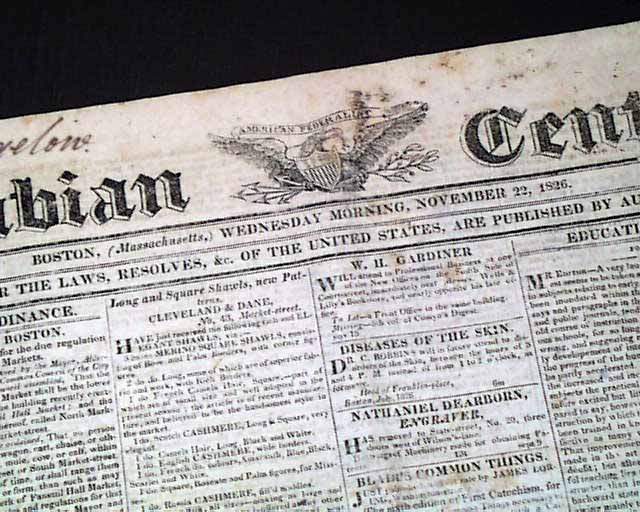 Boundry line between Georgia and Florida...

On the front page under "Arctic Land Expedition" is an informative letter from one of the members of the expedition.
From "Columbia" is word that Thomas Mann Randolph, late governor of Virginia was appointed by the President "...to be the commissioner for running the boundary line between the State of Georgia and the Territory of Florida."
Note: Randolph was the son-in-law of Thomas Jefferson, married to Jefferson's daughter Martha.
Other news of the day with many ads. Good condition. 4 pages.