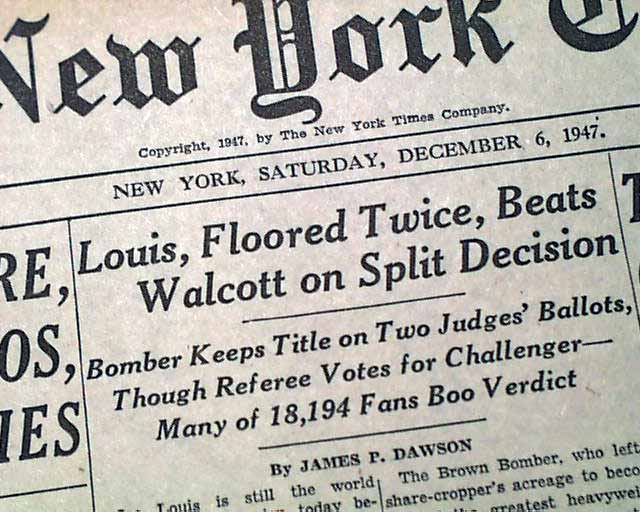 This 32 page newspaper has a nice banner headline on page 19: "Louis, Floored Twice, Beats Walcott on Split Decision to Retain World Title" with subheads and related photos, one showing Joe Louis down on the canvas after knockdown by Walcott

wikipedia notes: On December 5, 1947, Jersey Joe Walcott fought Joe Louis, at thirty three years of age breaking the record as the oldest man to fight for the world heavyweight title. Despite dropping Louis in round one, and once again in round four, he lost a 15 round split decision. Most ringside observers and boxing writers felt Walcott deserved the win, and so there was a rematch on June 25, 1948, when Louis prevailed once again, this time by a knockout in round 11.