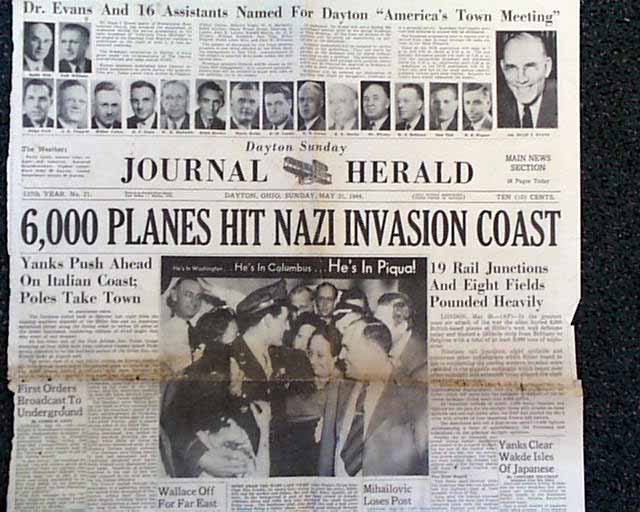 Only the front page is present.  There is some fold wear and the left margin is close-trimmed, but with no loss of text.  Suitable for framing (see images).