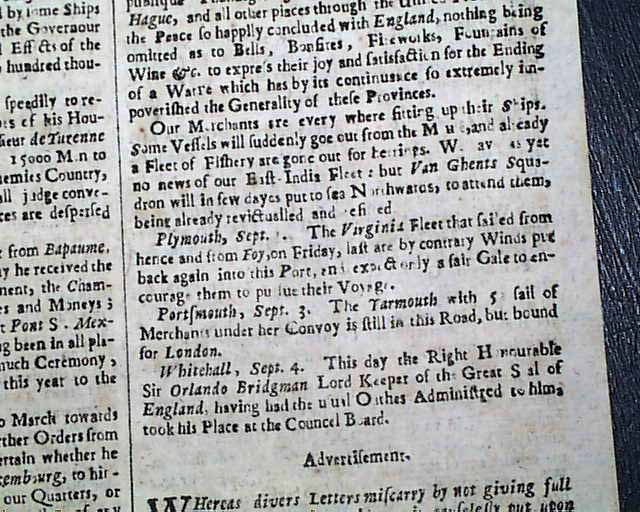 This SINGLESHEET issue is over 340 years old. Various news from London and other parts of Europe also with some interesting advertisements as well.

A report on the reverse from  "Plymouth" says: "The Virginia Fleet sailed from hence, and from Foy, on Friday, last are by contrary Winds put back again into this Port, and expect only a fair Gale to encourage them to pursue their Voyage."

A complete newspaper measuring about 7 by 11 1/2 inches and is in good condition. Made of rag paper which was used back in the day (no wood pulp).