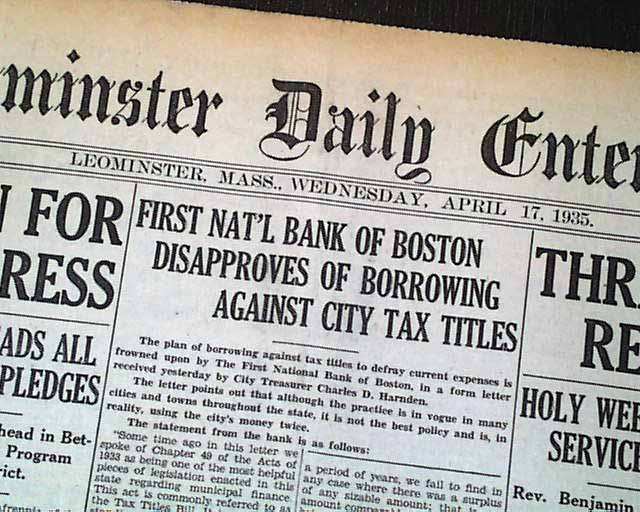 This 8 page newspaper has two column headlines on page 7 that include:

and more. Tells of Babe Ruth's 1st game playing with the Boston Braves after his release from the New York Yankees the previous year. (opening day game). Box scores as well. Nice to have from a city close to Boston.