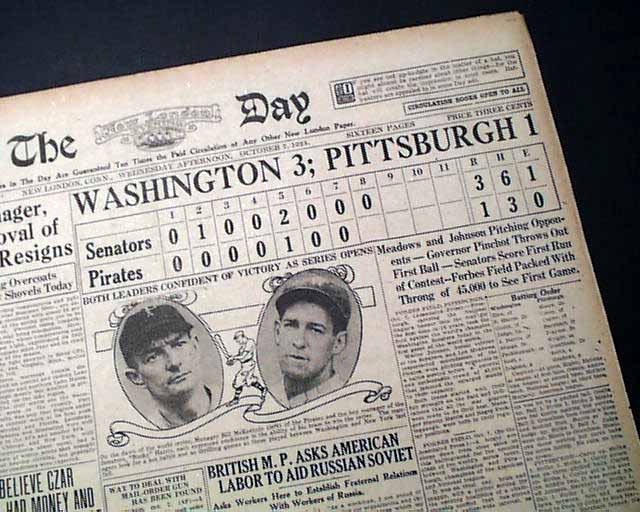 This 16 page newspaper has a five column headline on the front page: "WASHINGTON 3; PITTSBURGH 1" with subheads and photos of both managers. Also inning by inning reporting also on the front page. Nice scoreboard graph as well. (see)

More inside. Other news of the day.

Light browning with a few small binding holes along the spine, otherwise good.