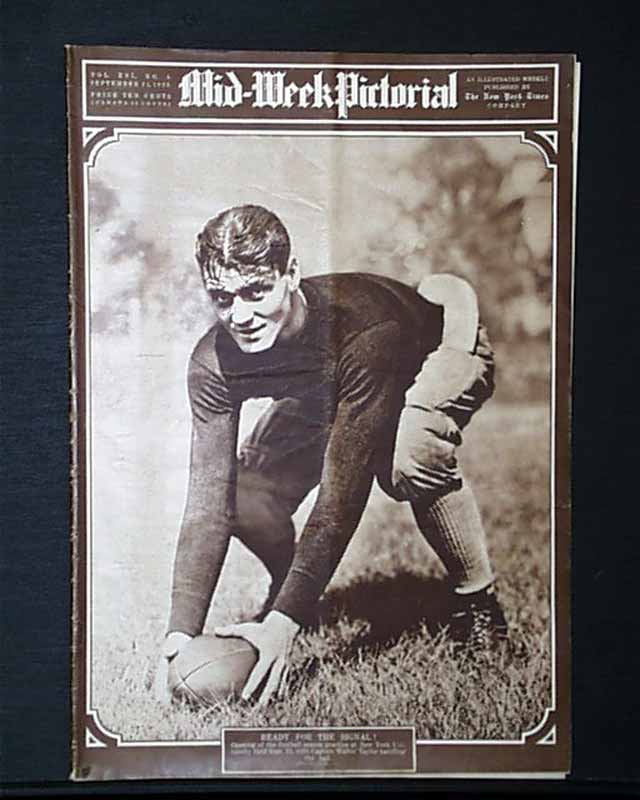 This newspaper is a famous pictorial published by the New York Times. This issue has a full front page photo of Walter Taylor, Captain of the New York University football team, in position and ready to snap a football.

This issue has many photos including "Records Smashed at the Amateur Athletic Union's Track and Field Championship Events at Newark, N.J." which includes 8 photos; "Army Flier Wins; German Ambassador and Family; American Yachts Defeat British in First Contest" which has 9 photos relating to this topics. Another double page of photos includes "Automobile Presented to the Pope; Army Blimp Starts on Cross-Country Flight; Snappy Play in Giants-Cubs Game" plus much more.

There is lite wear at the spine but otherwise this issue is in good condition.