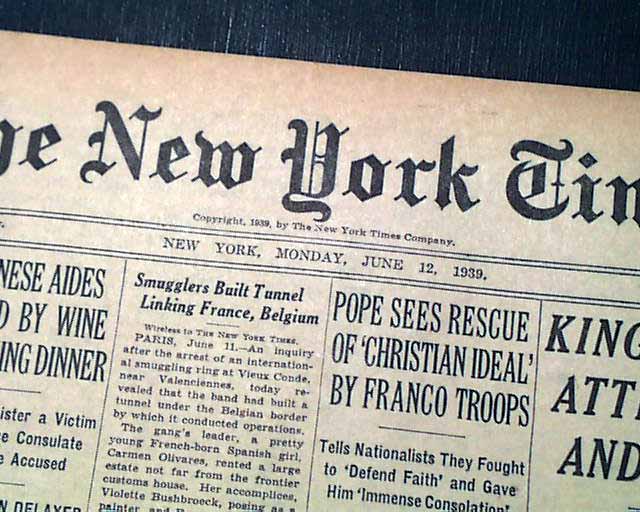 
THE NEW YORK TIMES, June 12, 1939  This 36 page newspaper has two column headlines on page 24: "Centennial Today Depicts Stages In Evolution of Modern Baseball" "Notables to Attend Dedication of Museum, Hall of Fame and Doubleday Field at Cooperstown--10,000 Expected" with smaller subheads.
Other news of the day throughout. Light browning with little margin wear, otherwise in good condition.