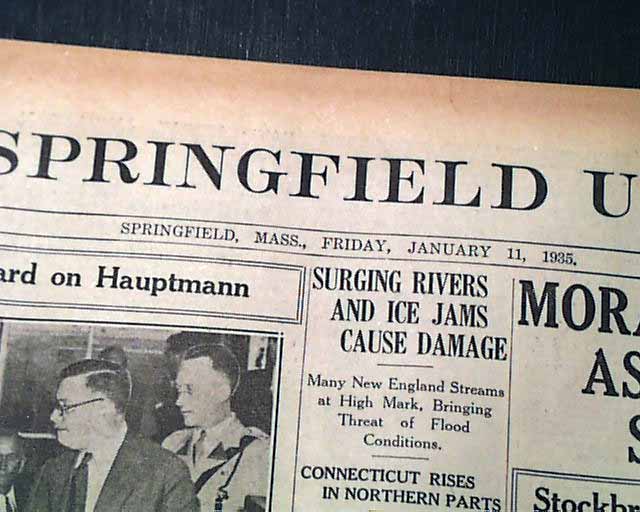 This 32 page newspaper has two column headlines  on the front page that include:

* Mary Pickford Is Given Divorce from Fairbanks; Cruelty, Neglect Charged

and more with one column photo of Pickford.

Other news of the day throughout including much on the Lindbergh baby kidnapping trial which is also on the front page.

Light browning and minor wear at the margins, otherwise in good condition.

wikipedia notes: The Mark of Zorro (1920) and a series of other swashbucklers gave the popular Fairbanks a more romantic, heroic image, and Pickford continued to epitomize the virtuous but fiery girl next door. Even at private parties, people instinctively stood up when Pickford entered a room; she and her husband were often referred to as "Hollywood royalty." Their international acclaim was so vast that foreign heads of state and dignitaries who visited the White House usually asked if they could also visit Pickfair, the couple's mansion in Beverly Hills.[1]