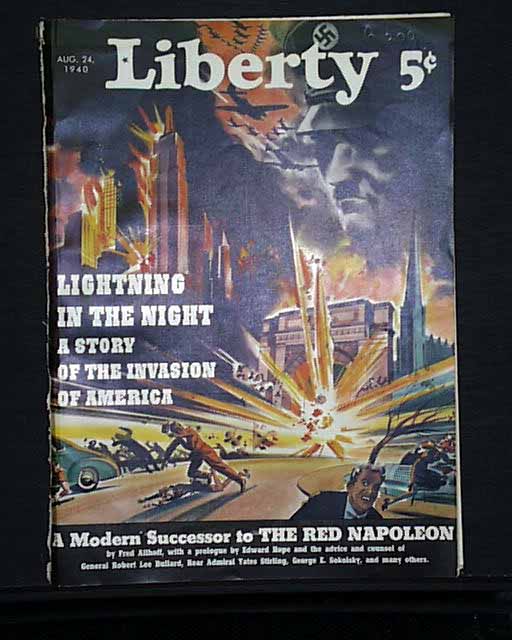 
LIBERTY magazine, New York, August 24, 1940  The color cover of this issue has an illustration of a what appears to be the bombing of large city with Hitler's image in the background. (see photo). There is an article inside "Lighting in the Night - a Story of the Invasion of America".Within this issue is an article titled "Miracle Kid" which is about Bob Feller -- what makes him click?
There are numerous articles, stories and advertisements (some colored) of the day. This is a complete 60 page issue, in very nice condition except for a slight bit of roughness at the very edge of the spine. This measures approximately 8.5 x 11.5 inches. See photos for additional details.