Home > Back to Search Results > Captain Ames and 800 Indians led by "Santini"...
Click image to enlarge 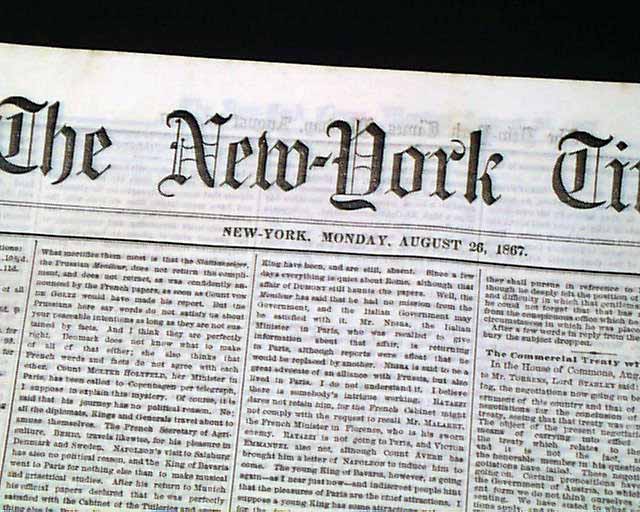 * Battle with the Indians

A front page report, "Battle With the Indians at Republican River", describes the battle on the Republican River between troops led by Capt. Ames and 800 Indians led by "Santini".

Says the village was two miles long & that Capt. Ames "...charged twice through their wigwams....", plus mention that "...The savages fought desperately....lost severely, but finally repulsed our troops..."

wikipedia notes: The Republican River rises on the high plains of eastern Colorado in the United States. The two main tributaries, called the North and South forks, join at Benkelman, Nebraska. From there, the river flows generally eastward along the southern border of Nebraska, flowing into the Harlan County Reservoir before curving southward into Kansas. The Republican River joins the Smoky Hill River at Junction City, Kansas to form the Kansas River.