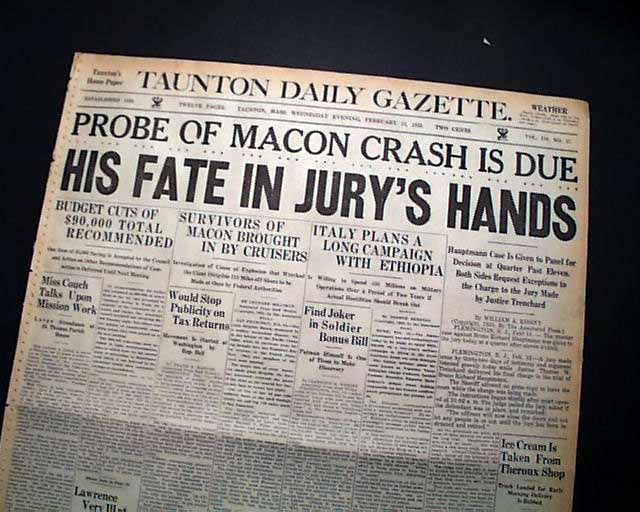 This 12 page newspaper has a nice banner headline on the front page: "PROBE OF MACON CRASH IS DUE" with subhead. Also nice headline of the Lindbergh baby kidnapping trial as it ends.