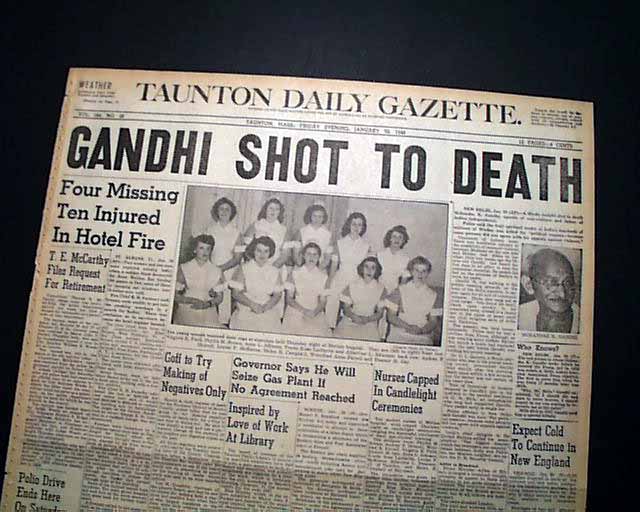 This 12 page newspaper has a great front page banner headline:

with small photo of Gandhi also on the front page.

This is a very early report on the same day of his assassination as most newspapers were dated the 31st with the first reports concerning his death.

As you can see, this is a great headline for display. This is by far the best I have seen as other issues I dealt with in the past were less dramatic involving his death.

Other news of the day. There is a clipping cut out on a inside page that is totally unrelated to this mentioned report. Light browning with minor spine wear, otherwise in very nice displayable condition.