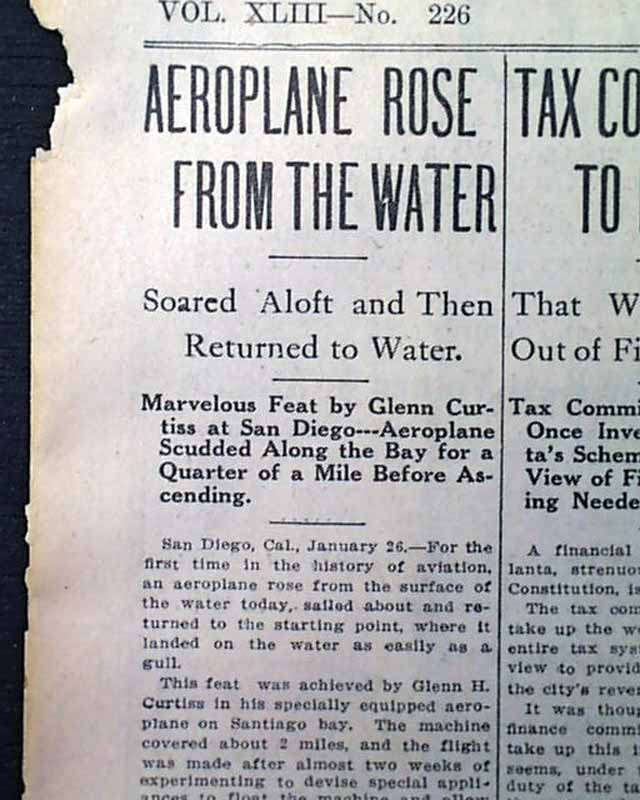 
THE ATLANTA CONSTITUTION, Atlanta, Georgia, January 27, 1911  The newspaper has one column headlines on the front page: "AEROPLANE ROSE FROM THE WATER", "Soared Aloft and Then Returned to Water" and more. This was the very 1st seaplane flight made in America by an American, Gleen Curtiss. This also carries an unusual front page article on the sidewalk skating being illegal in Atlanta and the children writing to the Mayor to have this appealed. A large cartoon illustrates this article. The backpage carries a photo of from the Coca-Cola Bottling convention that was being there. Other news of the day throughout.

Complete in 14 pages with the even browning and a little margin wear, mainly along the spine, otherwise good. Should be handled with care.