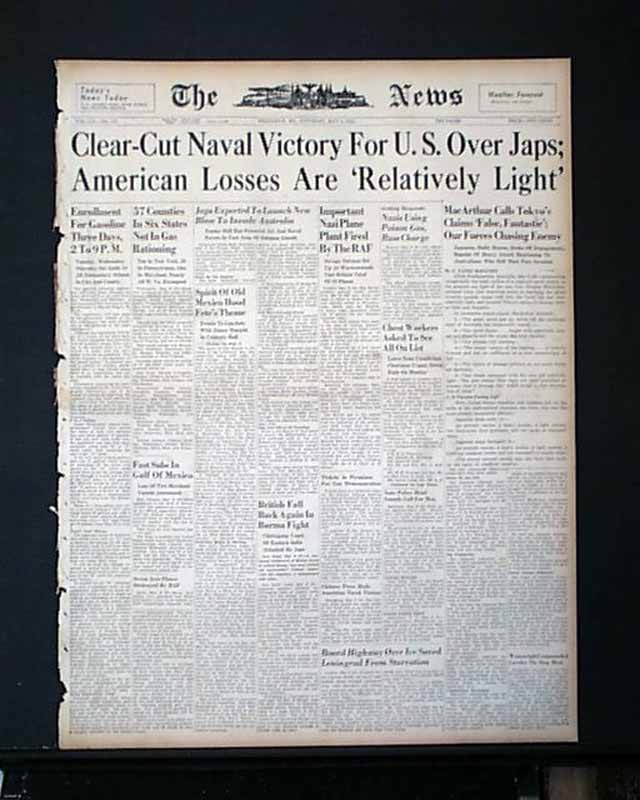 * Battle of the Coral Sea

Other news of the day with much on World War II. Usual browning with little spine wear, otherwise in good condition.

source: wikipedia: The Battle of the Coral Sea, fought from May 4 – May 8, 1942, with most of the action occurring on May 7 and May 8, was a major naval battle in the Pacific Theater of World War II between the Imperial Japanese Navy and the United States and Australia. It was the first fleet action in which aircraft carriers engaged each other. It was also the first naval battle in history in which neither side's ships sighted or fired directly upon the other. It is considered a tactical victory for Japan since the United States lost fleet carrier USS Lexington, Japan only the light carrier ShÅhÅ. At the same time, the battle was a strategic victory for the Allies because the Japanese abandoned their attempt to land troops to take Port Moresby, New Guinea. The engagement ended with no clear victor, but the damage suffered and experience gained by both sides set the stage for the Battle of Midway one month later.