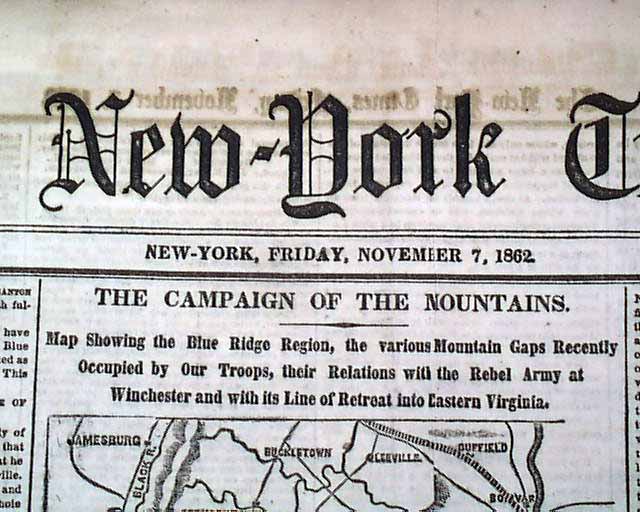 This 8 page newspaper is in nice condition due to the use of cotton and rag paper during this very historic time in U.S. history. This issue is loaded with advertisements and Civil War reports throughout from the day it was first reported which includes the following FRONT PAGE Map: "THE CAMPAIGN OF THE MOUNTAINS"

Headlines in this issue includes: "ARMY OPERATIONS IN VIRGINIA" "Salem Occupied by General Bayard's Cavalry" "Reconnoissance by gen. Sickles to Catlett's Station" "IMPORTANT FROM THE SOUTHWEST" "Advance of Gen. Grant's Army Against the Rebels at Holly Springs" "Occupation Of LaGrange" and much more. Nice to read about the Civil War as it was happening.