Home > Back to Search Results > Death of Miller Huggins...
Click image to enlarge 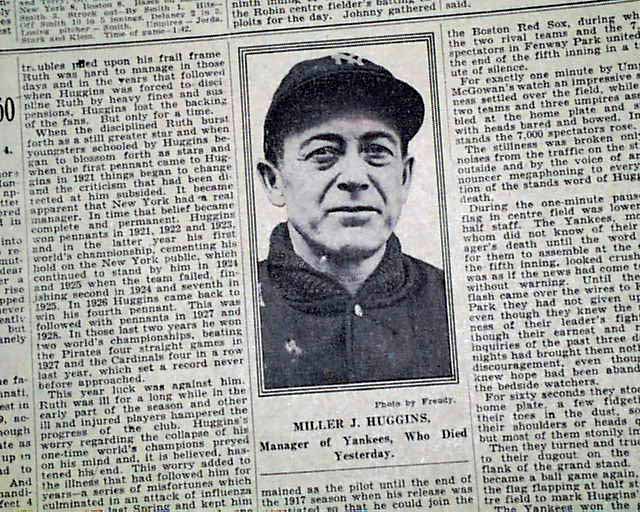 
NEW YORK TIMES, September 26, 1929  This 60 page newspaper has one column headlines on the front page that include: "MILLER HUGGINS DIES; MANY PAY TRIBUTE" "Manager of Yankees' Baseball Team for 12 Seasons Is a Victim of Blood Poisoning" and more. Continues on page 22 with one column photo of Huggins. Much text. Nice to have in this title.
Other news of the day throughout. Light browning at the margins. Little spine wear, otherwise in nice condition.