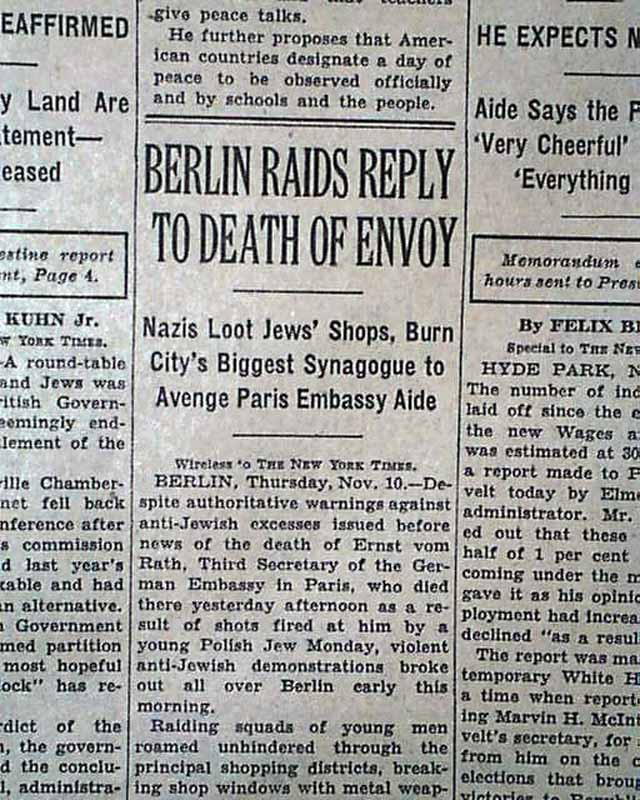 
NEW YORK TIMES, Nov. 10, 1938  On the eve of Armistice Day, Kate Smith sings Irving Berlin's God Bless America for the first time on her weekly radio show while the papers report the news of what was to become know as Kristallnacht, the "night of broken glass".  Nazi troops and sympathizers loot and burn Jewish businesses - the beginning of the horrific Holocaust.
This issue contains the first report of this event with a one column head: "Berlin Raids Reply To Death Of Envoy" & subhead: "Nazi's Loot Jews' Shops, Burn City's Biggest Synogogue to Avenge Paris Embassy Aide". This report takes most of a column and carries over to page ten (see photos for the beginning).
The ftpg. also has another Judaica report with a one col. head: "Britain Proposes Palestine Parley; Rejects Partition" & subheads: "Calls Arab-Jewish Conference as Woodhead Board Finds Division Plan Unworkable" "Arabs in the Holy Land Are Angered by Statement--Jews Are Pleased".
This is the complete 56 page issue, some browning at the margins, generally in very nice condition. 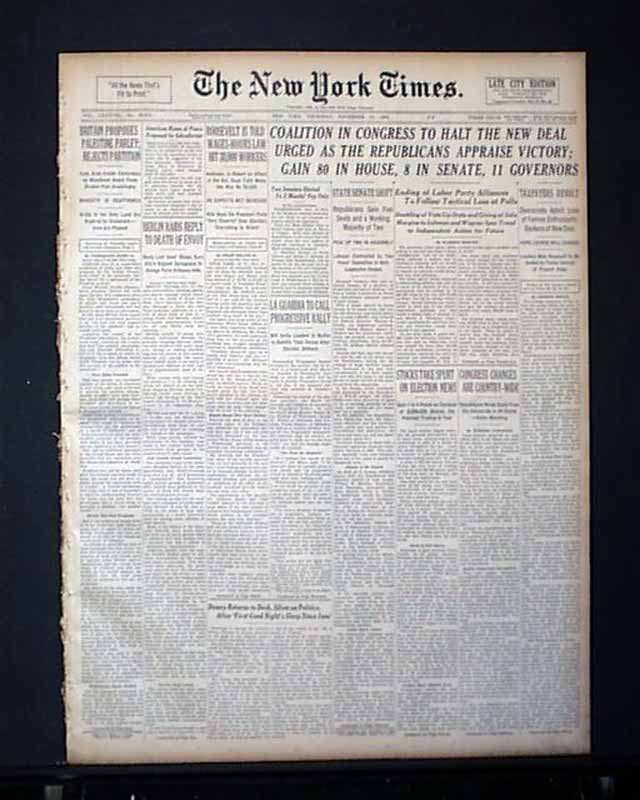 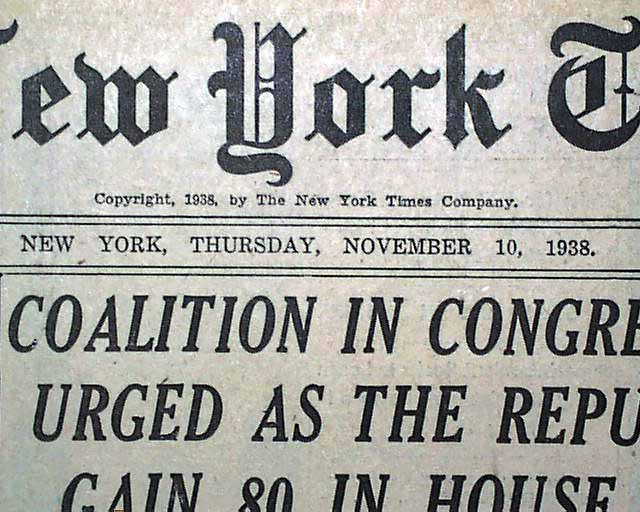 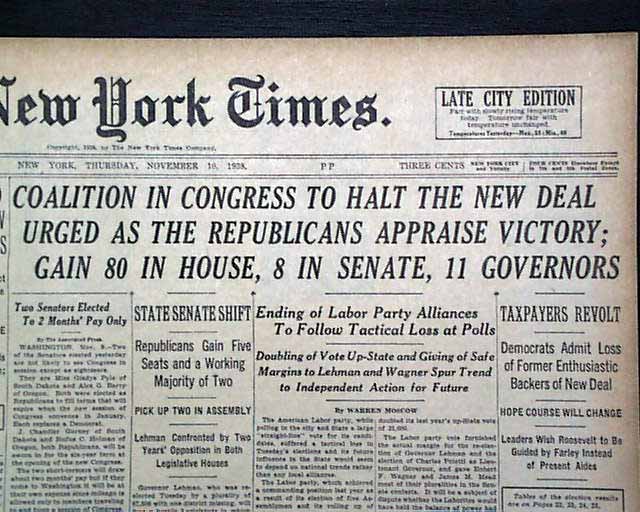 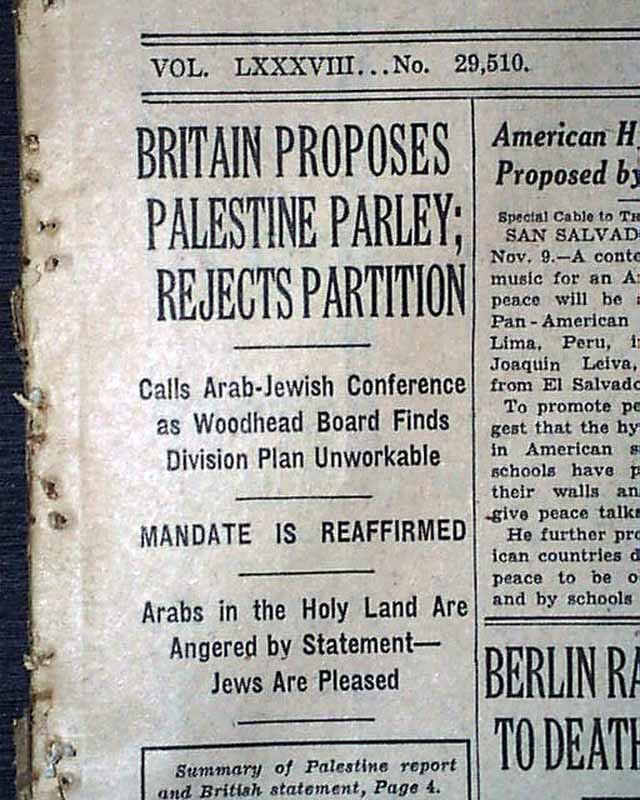