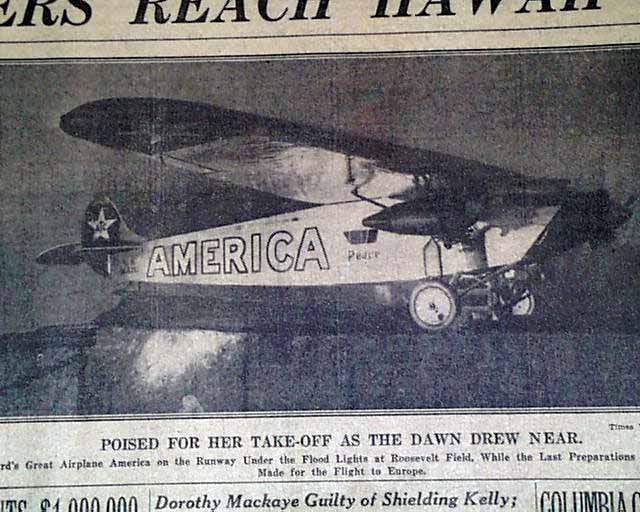 This 56 page newspaper has a three line banner headline on the front page:

* BYRD BATTLES FOG, FLIES ON TOWARD PARIS; REPORTS TO SHIP 200 MILES OUT AT SEA; ARMY FLIERS REACH HAWAII IN 26 HOURS

with many subheads and related photo. Much more inside. (see photos)

Other news of the day throughout including home run race reporting between babe Ruth and Lou Gehrig. (see photos)

This issue has usual browning with margin wear and tear including a lengthy tear near the bottom of the front page. should be handled with care.

source: wikipedia: Byrd was one of several aviators who attempted to win the Orteig Prize in 1927 for making the first nonstop flight between the United States and France. Once again Byrd named Floyd Bennett as his chief pilot, with support from Bernt Balchen, Bert Acosta, and George Noville. During a practice takeoff with Bennett alone at the controls, the Fokker Trimotor airplane, America, crashed, severely injuring Bennett. As the plane was being repaired, Charles Lindbergh won the prize. But Byrd continued with his quest, naming Balchen to replace Bennett as chief pilot. Byrd, Balchen, Acosta, and Noville flew from Roosevelt Field East Garden City, New York on June 29, 1927. Arriving over France, cloud cover prevented a landing in Paris; they returned to the coast of Normandy, crash-landing without fatalities on July 1, 1927. 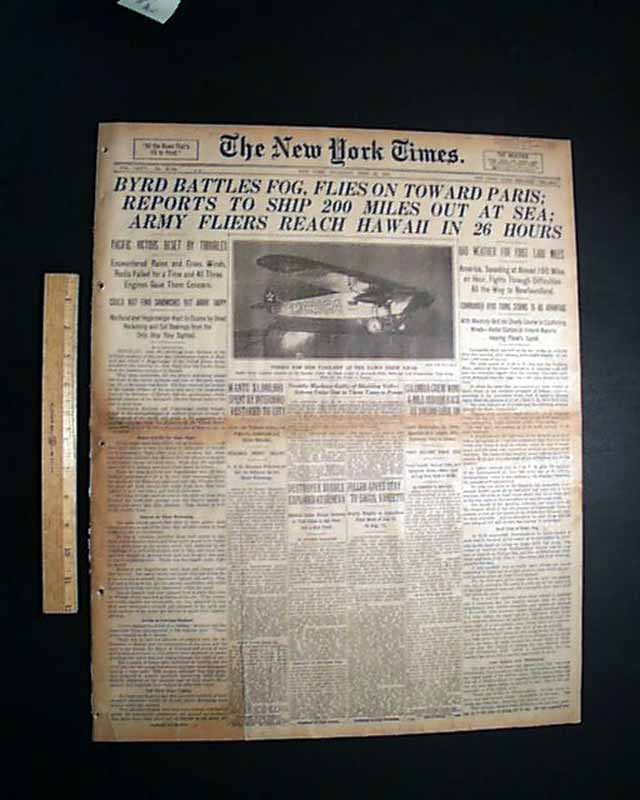 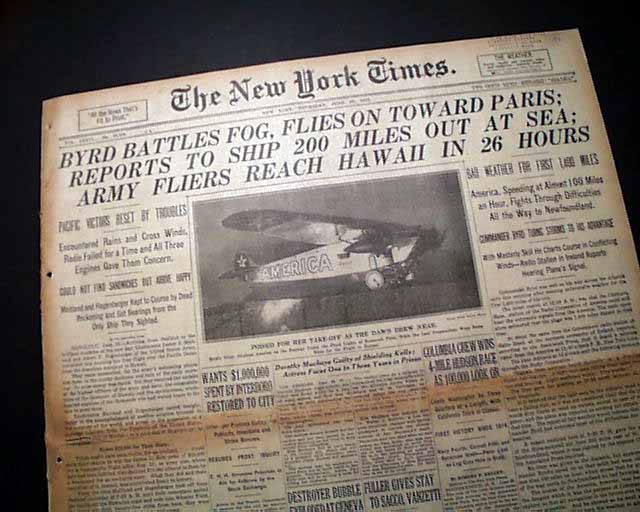 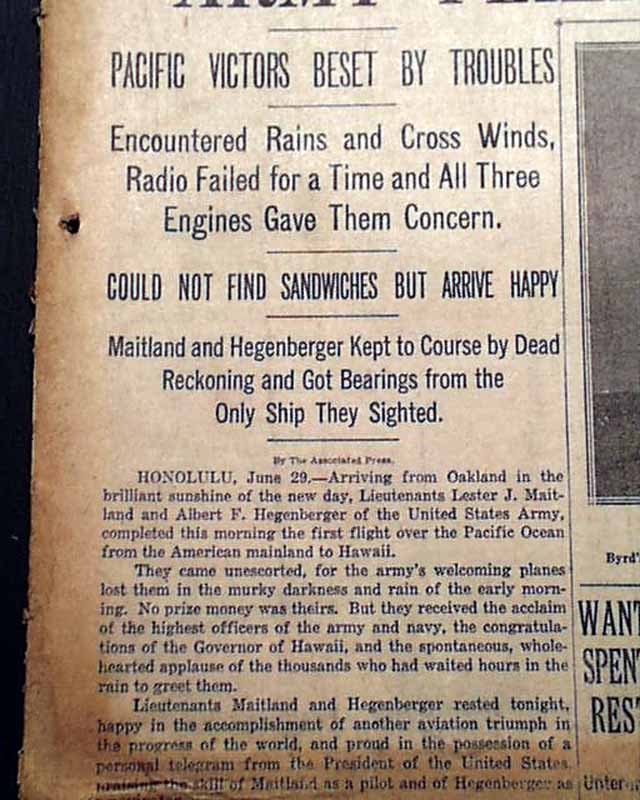 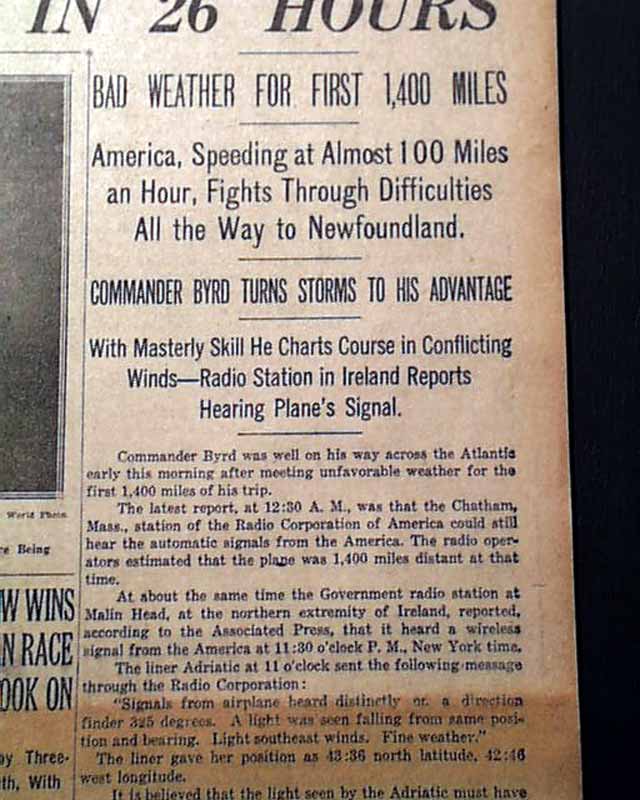 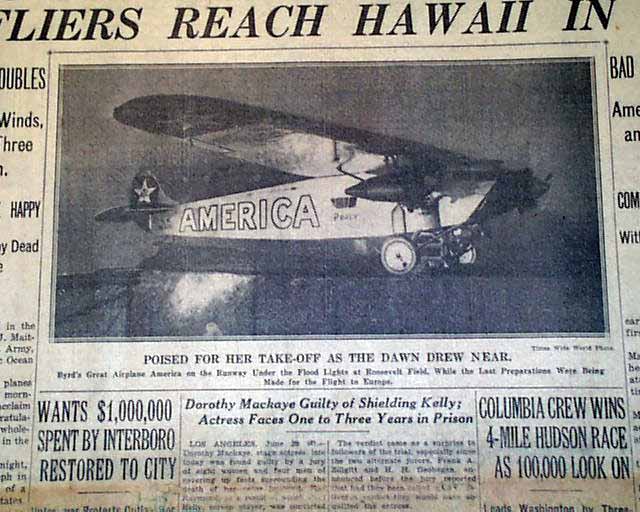 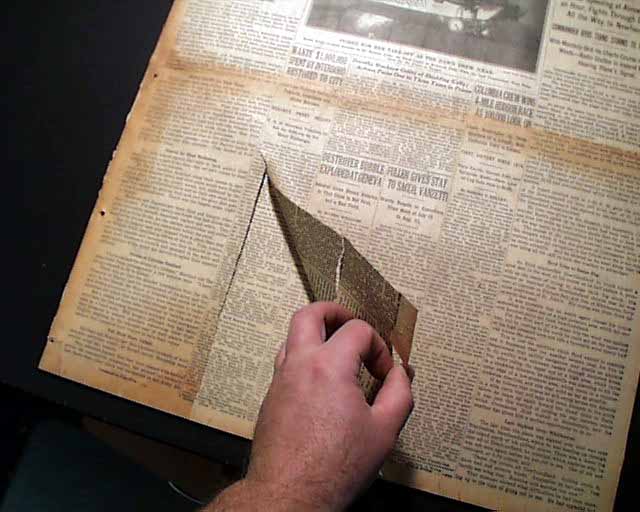 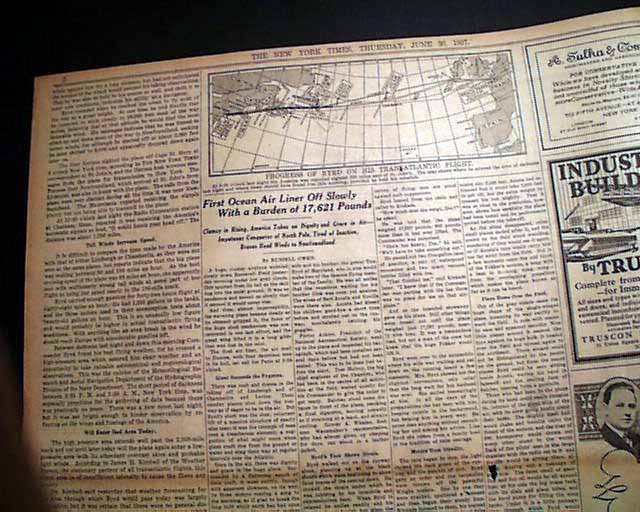 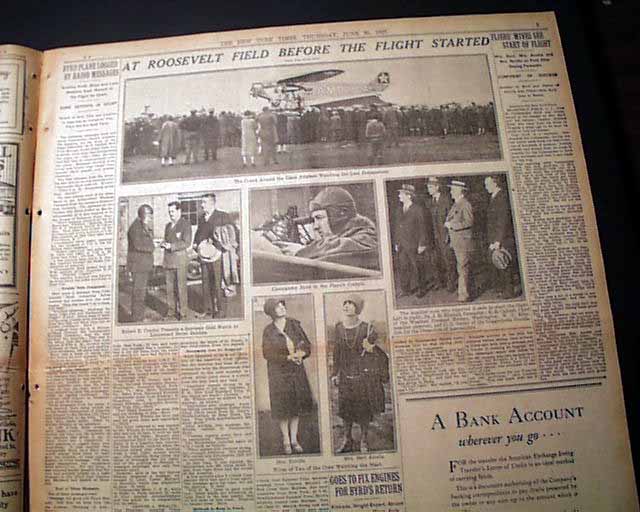 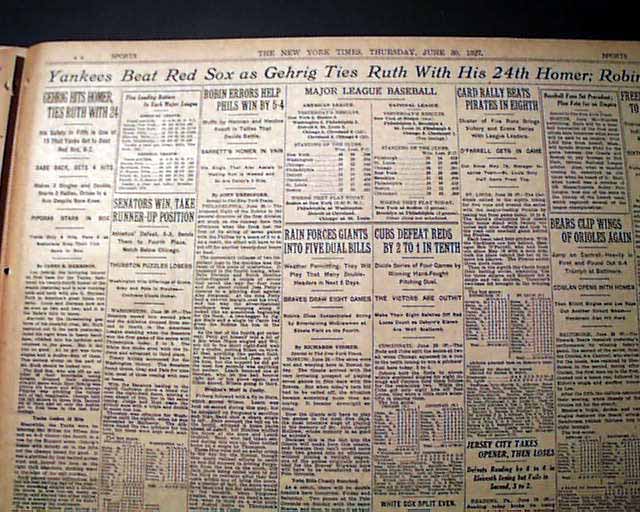 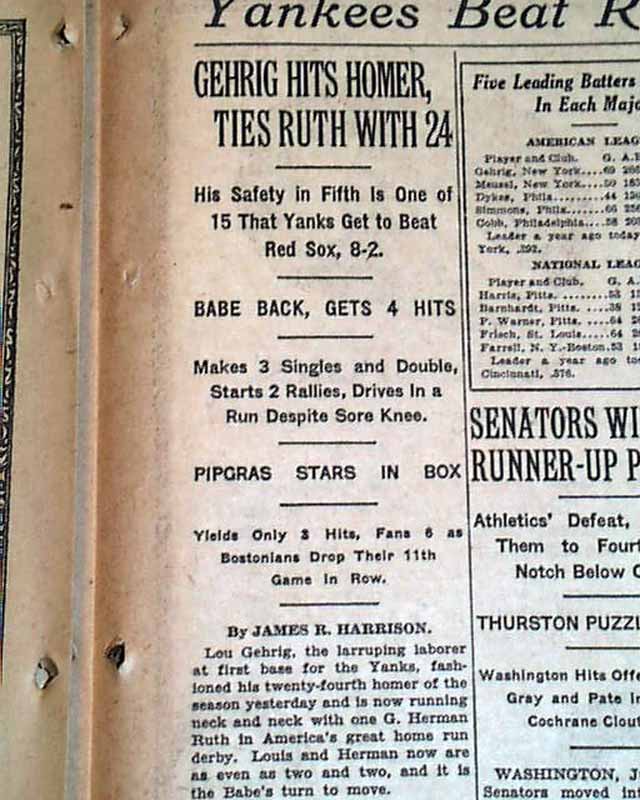