Home > Back to Search Results > Eagle engraving in the masthead...
Click image to enlarge 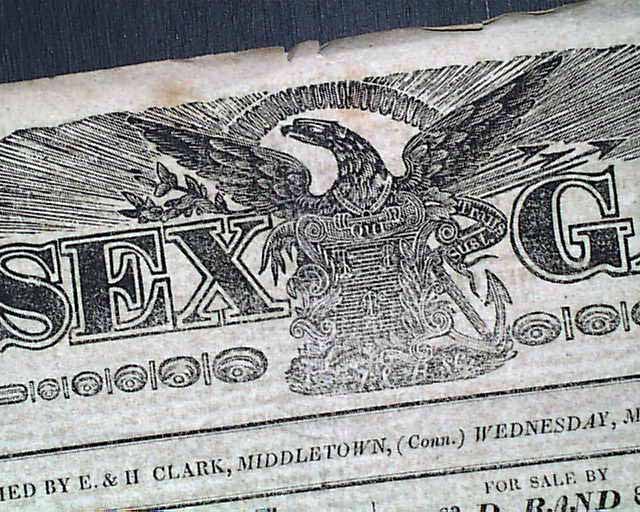 Eagle engraving in the masthead...

Here is a nice, four page newspaper which contains a rather ornate masthead which features an engraving of a heraldic eagle in the center.

A displayable issue as such. Various news of the day & a wealth of ads as well, many of which are illustrated. Little foxing and minor margin wear, otherwise in good condition.