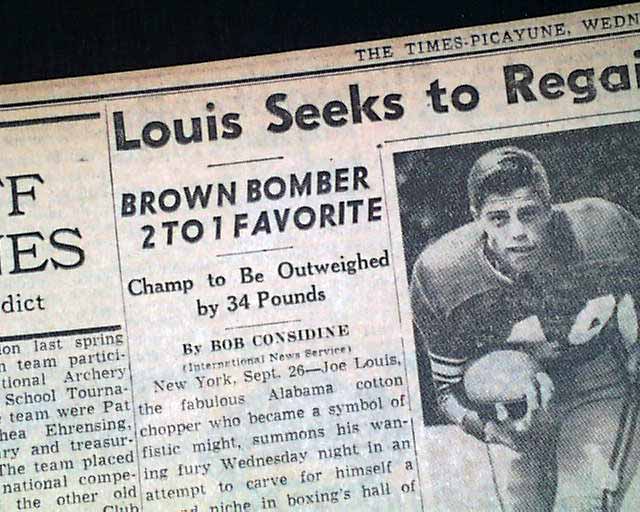 This 42 page newspaper has a six column headline on page 21:

with subheads that include: "Browns Bomber 2 To 1 Favorite" and more.

Other news of the day throughout. Little margin and center crease wear, light browning, otherwise in good condition. 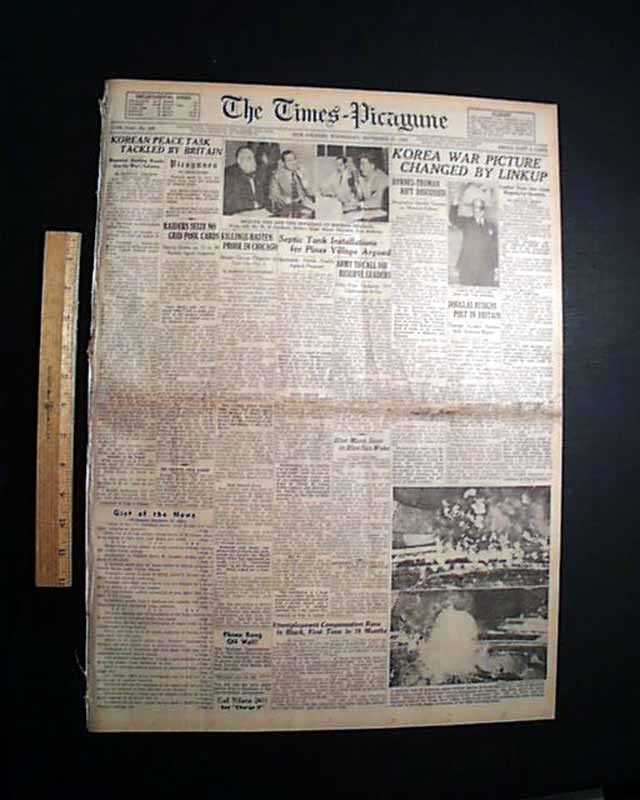 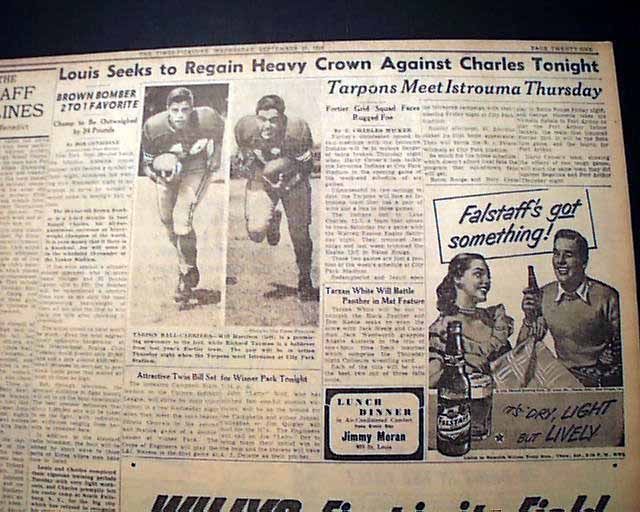 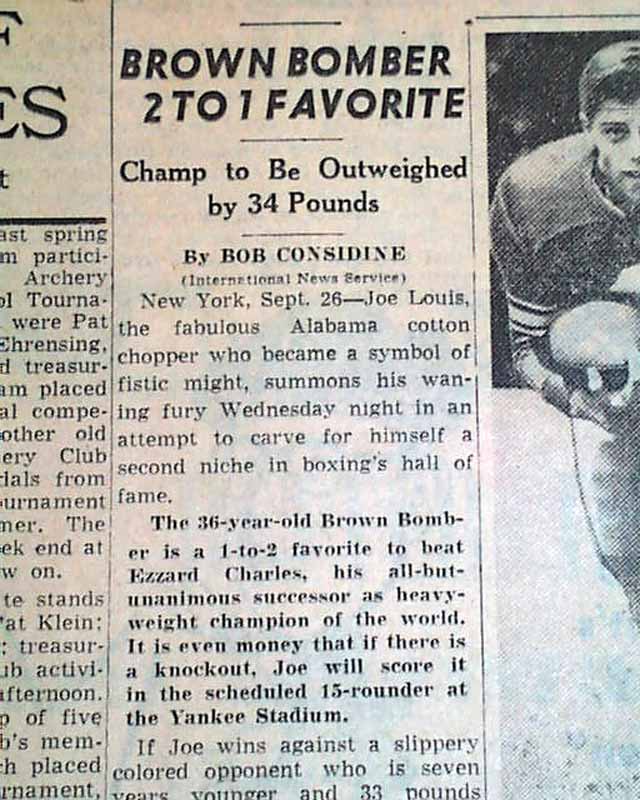 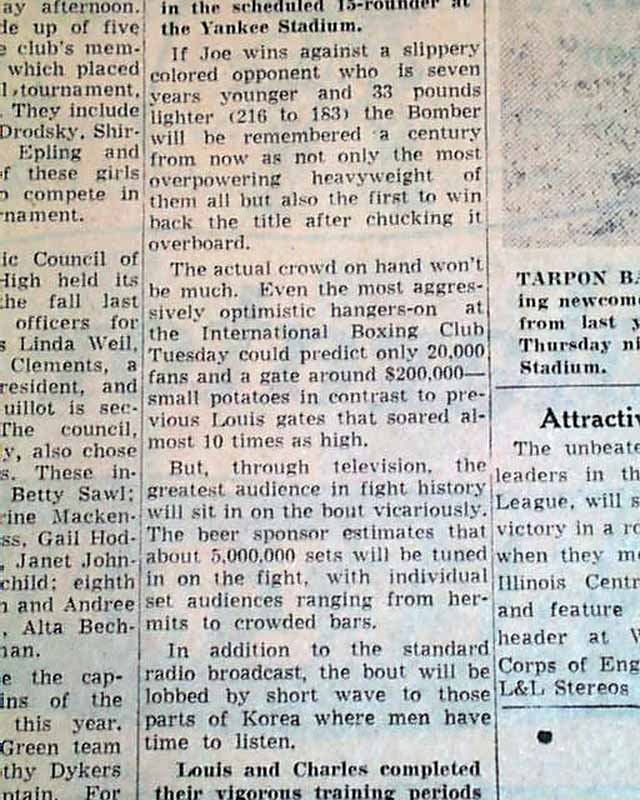 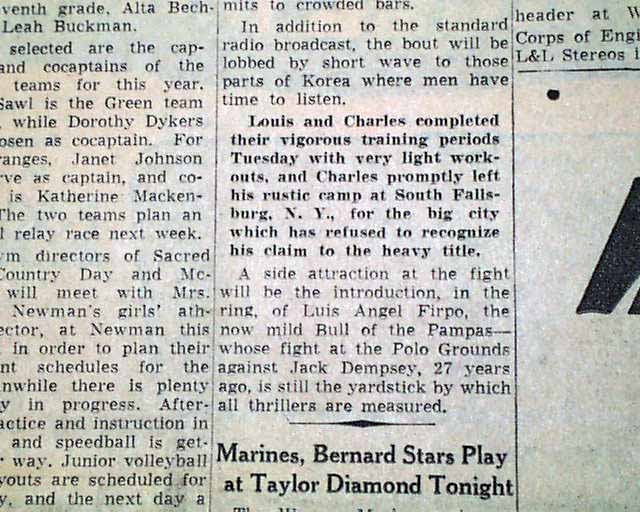 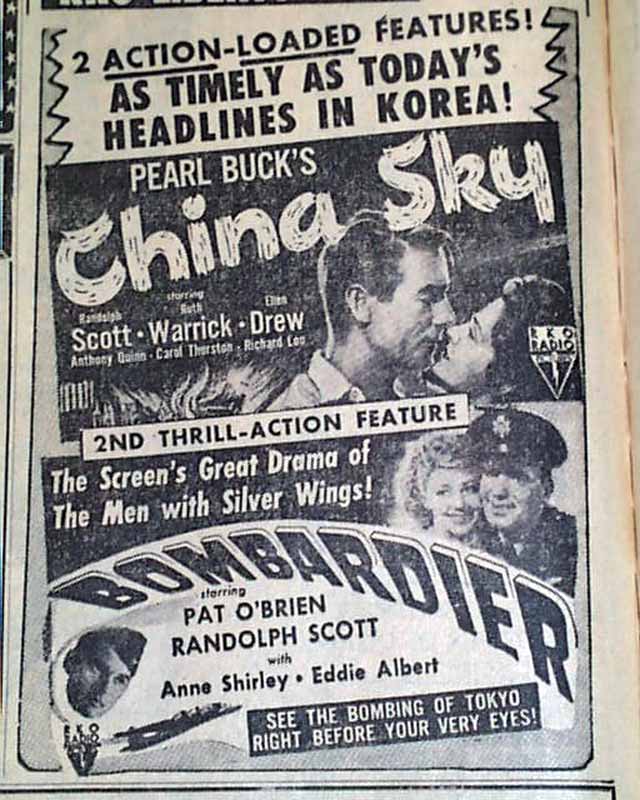 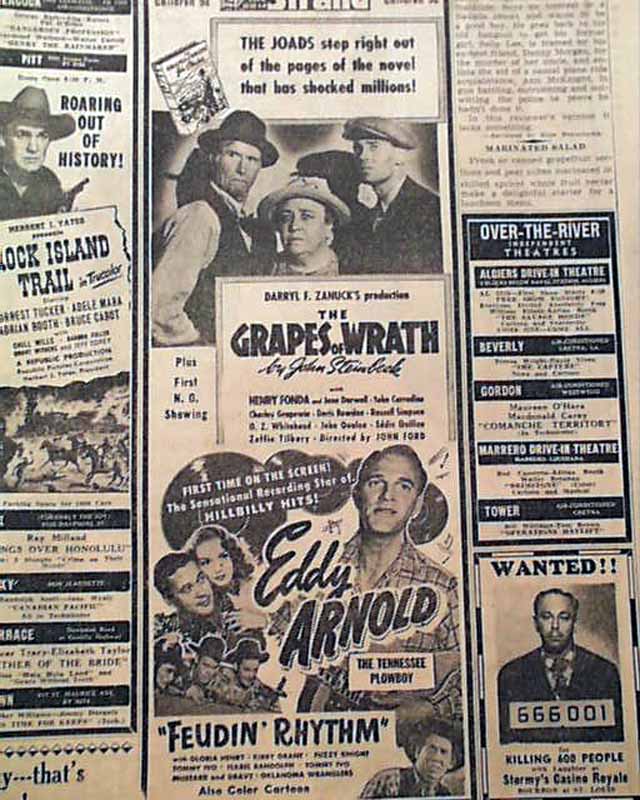 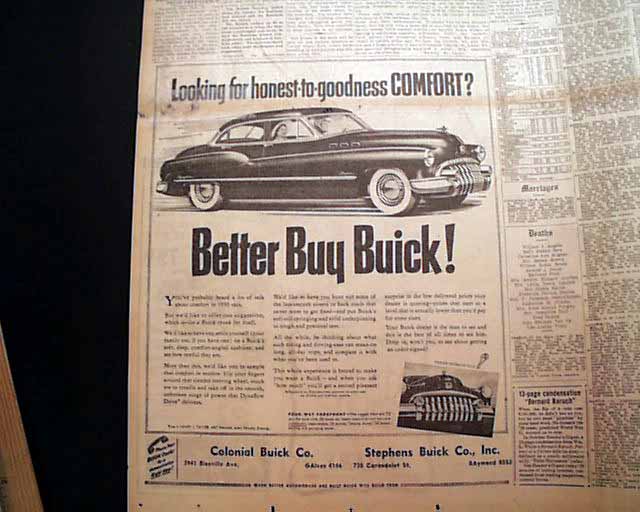