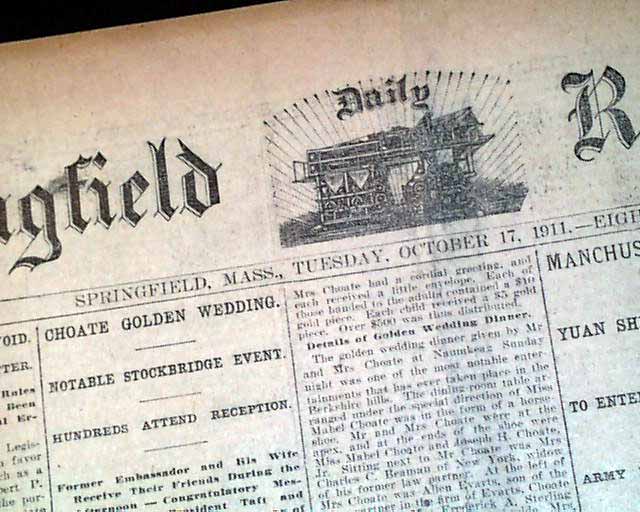 This 18 page newspaper has one column headlines on  the front page that include: "BAKER HERO OF GAME" "HOME RUN BEATS GIANTS" "PLANK HAS THE, BAFFLED" and more.

Continues on page 2 with a photo of Eddie Collins and box scores.

This issue has some margin wear and tear but no text loss, otherwise good. Should be handled with care.