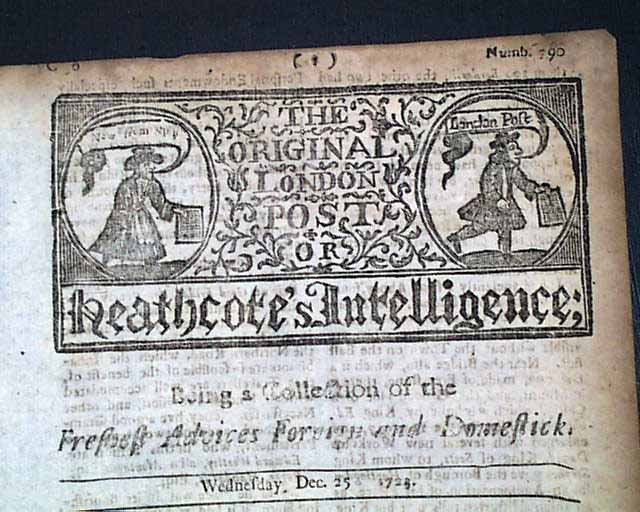 This singlesheet newspaper features a great masthead which would look great framed. Text is mainly political (Royal) and religious in content. In the 28 years of dealing in antique newspapers, I have only had the opportunity of getting this title once.

Very rare issue that measures about 11 x 7 inches. The text of this issue ran from one issue to the next, so often the last sentence on the back page would be completed in the first sentence in the following issue.

This was purposely done at that time to avoid the tax on newspapers. Singlesheet, some browning, otherwise in good condition.