Home > Back to Search Results > The Rochschilds buy Jerusalem...
Click image to enlarge 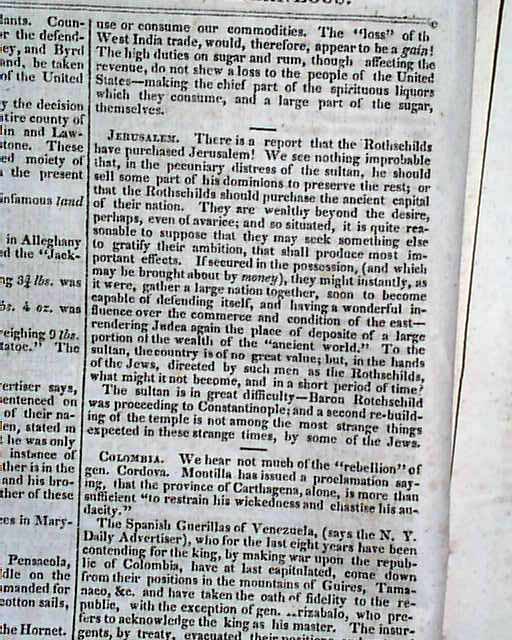 One of the articles within is headed: "Jerusalem" with the text beginning: "There is a report that the Rothschilds have purchased Jerusalem! We see nothing improbable that, in the pecuniary distress of the sultan..." with more, & ending with: "...The sultan is in great difficulty--Baron Rothschild was proceeding to Constantinople & a second rebuilding of the temple is not among the most strange things expected in these strange times, by some of the Jews." (see photos).

This issue is complete in 16 pages, measures about 6 1/2 by 10 inches with minor foxing.  A piece from the right margins affects some text on one leaf only & not any mentioned text. Generally in nice condition.