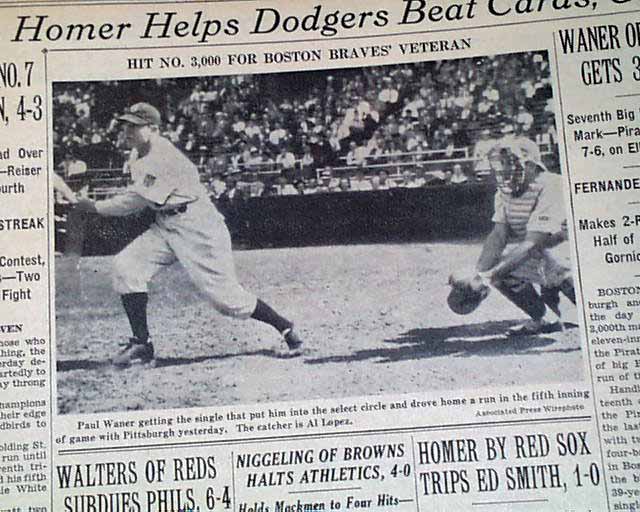 Other news of the day throughout. Usual browning, otherwise in good condition.

source: wikipedia: Paul Glee Waner (April 16, 1903 - August 29, 1965) was a German-American player in professional baseball who, along with his brother Lloyd, starred in the Pittsburgh Pirates' outfield in the 1920s and 1930s[1]. Born in Harrah, Oklahoma and nicknamed "Big Poison," he led the National League in batting on three occasions and accumulated over 3,000 hits in his career from 1926 to 1945. He collected 200 or more hits on eight occasions, was voted the NL's Most Valuable Player in 1927, and compiled a lifetime batting average of .333. He was elected to the Baseball Hall of Fame in 1952. He is tied with Chipper Jones with the Major League record for consecutive games with an extra-base hit, with 14 (June 6 through June 20, 1927).