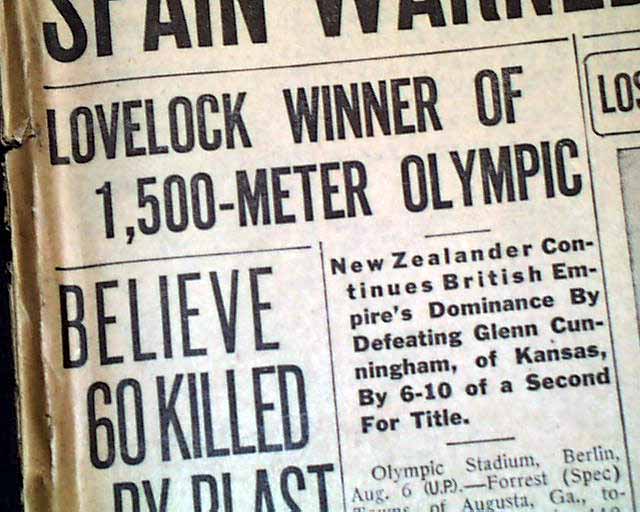 This 32 page newspaper has a two column headline on the front page, "LOVELOCK WINNER OF 1,500-METER OLYMPIC", with subhead.

Some margin wear, mostly along the spine. Otherwise nice.

source: wikipedia: The highlight of Lovelock's career came in 1936, when he won the gold medal in the 1500 m at the Berlin Olympics, setting a new world record in the final (3:47.8). In that race, he beat Glenn Cunningham into second place. Glenn, who also broke the world record in the race, was considered by many to be the greatest American miler of all time.