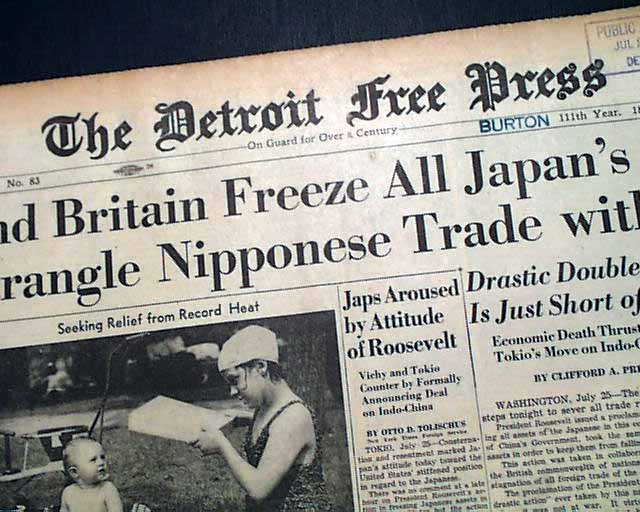 
THE DETROIT FREE PRESS, Massachusetts, July 26, 1941  This 18 page newspaper has a one column headline on page 9: "Grove Hits for Victory No. 300" with 1/2 column photo of Grove.
Other news of the day throughout. Little margin wear, otherwise good.

source: wikipedia: Robert Moses "Lefty" Grove (March 6, 1900 – May 22, 1975) was considered one of the greatest pitchers in Major League Baseball history. Born in Lonaconing, Maryland, Grove was a sandlot star in the Baltimore area during the 1910s. His performance caught the eye of Jack Dunn, the owner of the minor league Baltimore Orioles, who also discovered Babe Ruth.