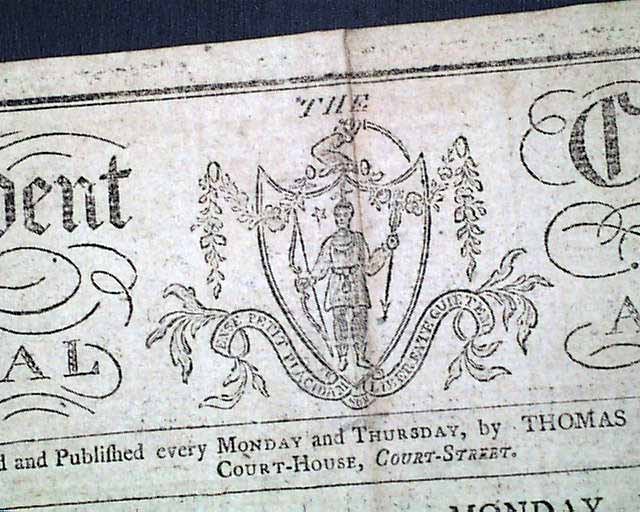 Among the page 3 "Deaths" is one that reads: "At Philadelphia, Mr. Michael Foy, a poor man, who had for some time been supported out of public contributions. He had five wives and thirty children."

Other news of the day with several interesting advertisements.

Some staining in the two lower corners, otherwise in good condition.