Home > Back to Search Results > Formalizing the United States flag as new states join the Union...
Click image to enlarge 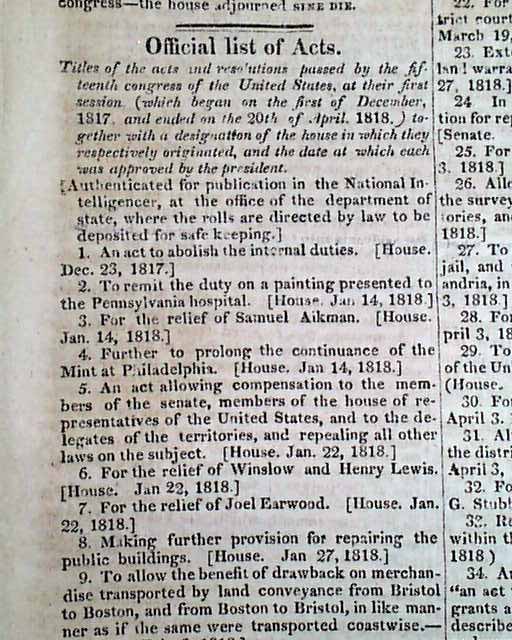 Actually a very historic issue, as an inside page has a nice article headed: "Flag of the United States" which references the recent Act of congress which provides that: "...from & after the fourth day of July next the flag of the United States shall be thirteen horizontal stripes, alternate red and white, and that the union shall be twenty stars, white in a blue field. The same act also provides that on the admission of every new state into the union, one star shall be added to the union of the flag..." with more (see photos below). A very historic issue standardizing how the flag would be changed with each new state. But this policy would be amended again in 1912.

*  "Revolutionary Matters" being letters from John Adams.
*  "Banking--General Remarks"
*  "Congress" which takes 5 pages
*  "Official List of Acts" of Congress passed during the recent session of Congress, numbering 130.
*  "Constitution of the United States" being an article concerning it.