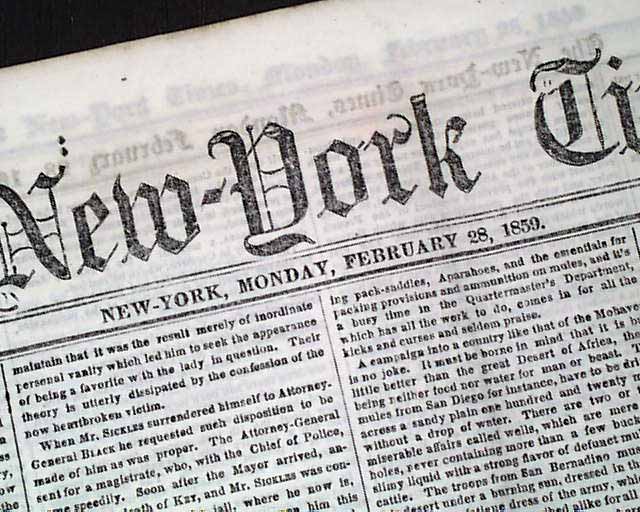 Report takes 2 1/4 columns. Two printing creases slightly affects some of the text in the report.

source: wikipedia: Born in Georgetown, D.C., Key was the son of Francis Scott Key and the great-nephew of Philip Barton Key.

In 1859, Congressman Daniel Sickles shot and killed Phillip Barton Key, for having conducted a public affair with his wife Teresa Bagioli Sickles.[1] The murder took place on Lafayette Square, just north of the White House, Washington, DC. Sickles was acquitted, on the basis of temporary insanity, in one of the most controversial trials of the 19th century. Sickles' attorney later became a powerful rival Secretary of War Edwin Stanton.

Key at the time of his death was serving as the United States Attorney for the District of Columbia. He is buried at Westminster Hall and Burying Ground in Baltimore, Maryland.