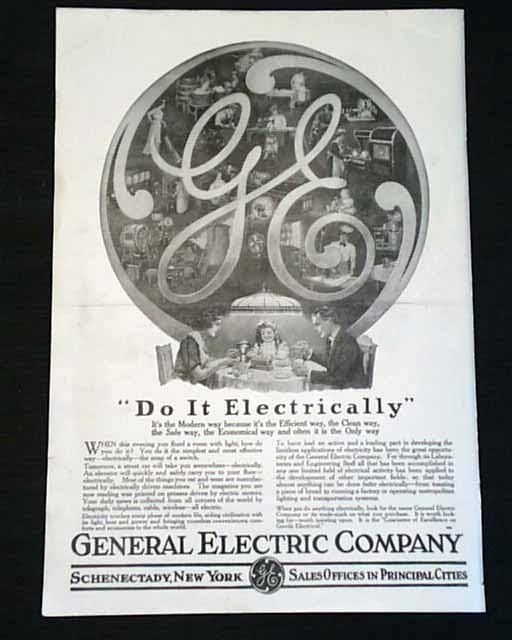 This single page features the advertisement from the back of the original issue and is for "General Electric Company" of Schenectady, New York. Within the GE symbol are several scenes of how electricity is being used and also how it is used at mealtime.

The page measures approximately 10.75" x 15" and is in nice condition.