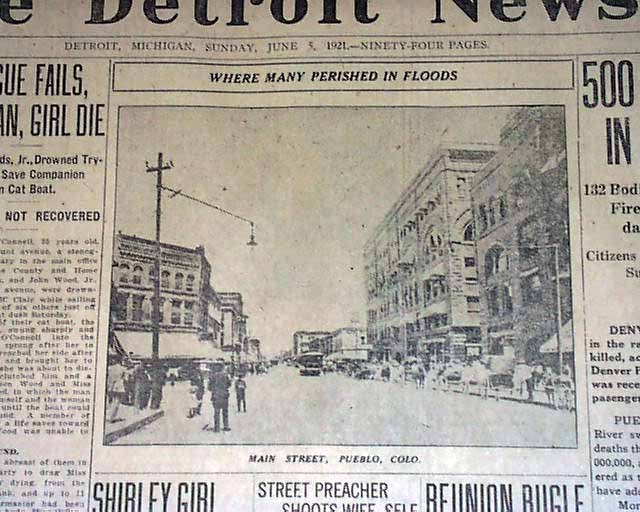 This issue includes content concerning the 1921 Flood at Pueblo, Colorado.  The front page shows a photograph of Main Street in addition to the following headlines:

"Rescue Fails, Man, Girl Die", "500 Listed as Dead in Flood at Pueblo", "132 Bodies Found; Property Loss $10,000,000", "Fire Adds to Horrors in City Inundated by Sudden Rising of Rivers", "Citizens Organize to Bring Relief to Thousands of Sufferers", and much more.

Although very fragile, this issue is both complete and in good condition.