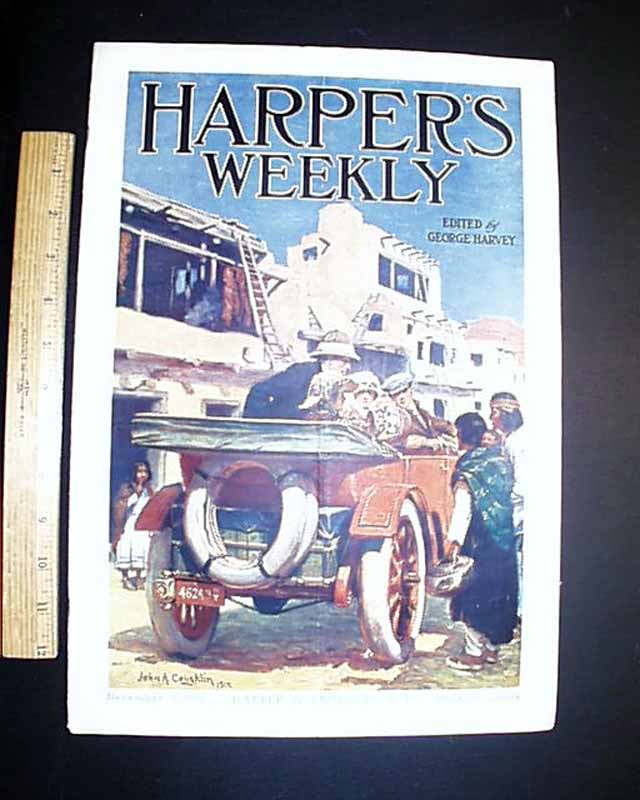 The very colorful color cover (see photos) includes a vintage automobile amongst the Navajo Indians of the American Southwest.  In this issue there is an illustration called "The Woes of a President-Elect" by C. J. Budd. There are photos of "The War in the Near East" and a photo of "A Battle Photograph from a Turkish Camera." There are photos of "Plays and Players" and a full page illustration called"'--And a Hundred to Boot'" by W. L. Jacobs plus much more. Other advertisements of the day are included as well, helping to portray life at the turn of the century.  A nice issue for display, and complete in 24 pgs.  Never bound nor trimmed, just a slight bit of dirtiness at the margins, generally very nice.