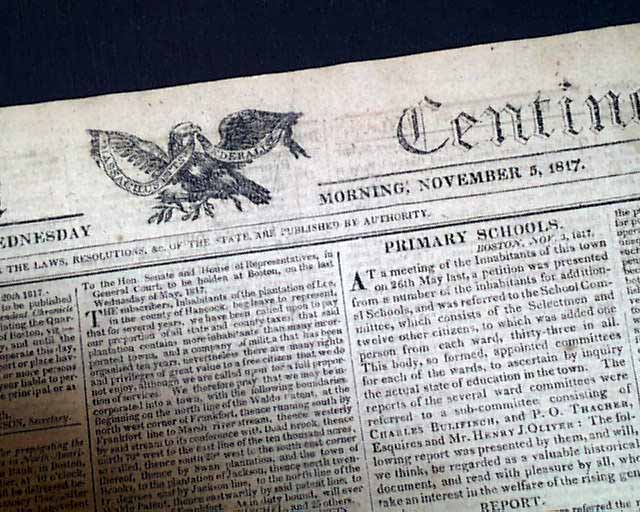 On page 2 under "Missouri" is a report from St. Louis dated "Sept. 29" that reads in full: "On Saturday last Charles Lucas, Esq. a lawyer, was honorably murdered in this place, by Col. Benton, another lawyer. The quarrel originated in an electioneering canvas. The parties had met before, and Lucas had been wounded. On his recovery, they met again, and Lucas was shot through the breast..."

Other news of the day with ads throughout. Minor margin wear, otherwise good.