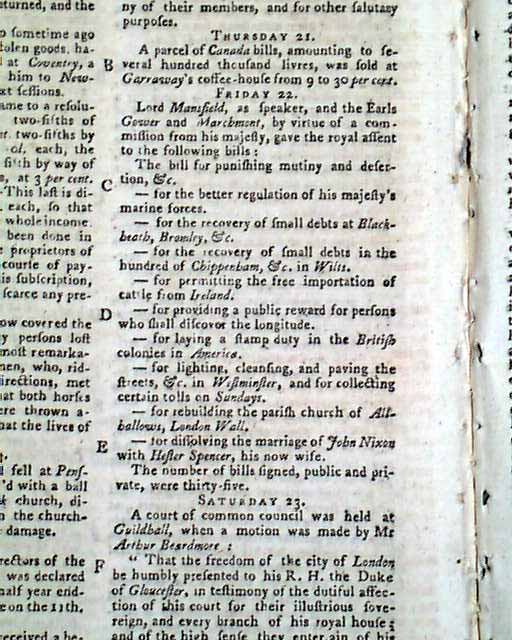 Item # 544950
THE GENTLEMAN'S MAGAZINE, London, March, 1765  Among the many articles is: "Adventure of a Young English Officer among the Abenakee Savages" being an encounter with Indians in America (see photos for portions). Other articles noted in the table of contents include: "Celebrated French Painters" "Hospitality of an Old Indian" "Jeanot and Colin, a Remarkable story from the French" by Voltaire; "an American Expedient to Prevent Poverty" and more.
Near the back of this issue are several pages with reports from Parliament and the King, including a dateline of "Friday, 22" which begins: "Lord Mansfield, as speaker, and the Earls Gower and Marchmont, by virtue of a commission from his majesty gave the royal assent to the following bills:..." and about 9 are listed, one of which reads: "for laying a stamp duty in the British colonies in America." Although a brief & somewhat inconspicuous report, it is an exceedingly historic one, as this is the official notice--in a British publication no less--of the King's approval of the Stamp Act. Schlesinger has under the date of March 22, 1765 a lengthy entry which begins: "In passing the Stamp Act, the English Parliament sets its first direct tax on the American colonies. The intent of this act is to raise adequate funds, together with the revenues from the 1764 Sugar Act, to support at least one-third of the total cost to British of maintaining a military organization in the colonies...".
This issue still contains the very nice foldout map titled: "A Map of the Roads from London to Bristol and Bath Measur'd from the Royal Exchange..." (see). There is a library stamp at the bottom margin not touching the map nor its border.
This issue contains many other reports on events of the day but they pale in comparison to the Stamp Act notice. Contains 48 pages, measures 5 by 8 in., a library stamp at the bottom of two leaves do not cause loss of readability. Generally in very nice, clean condition. 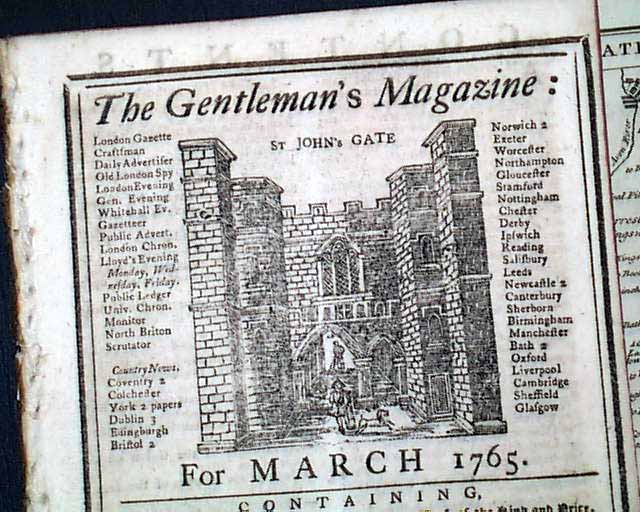 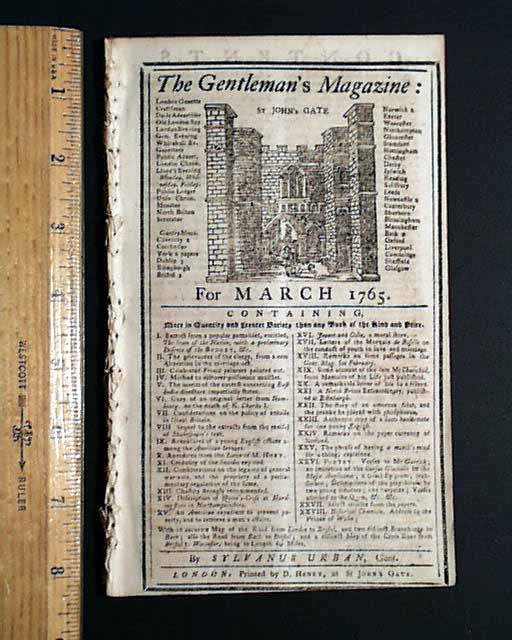 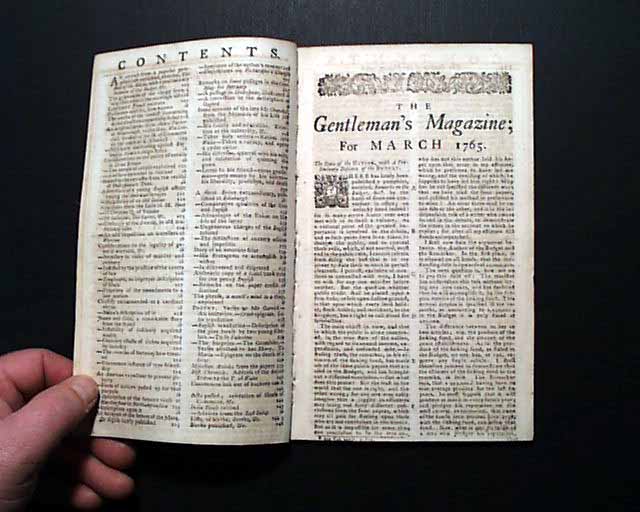 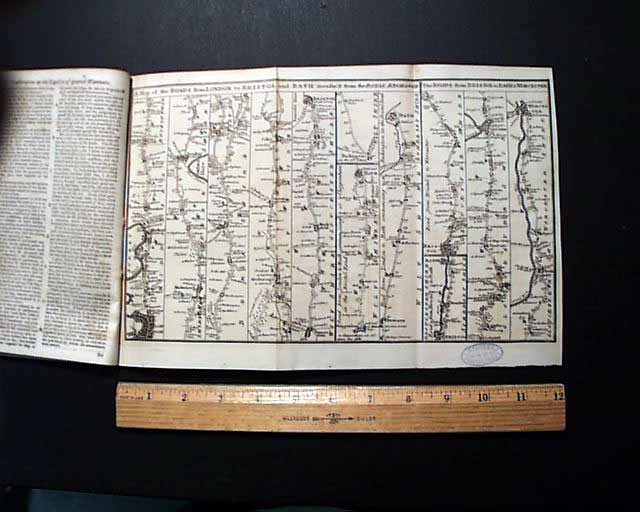 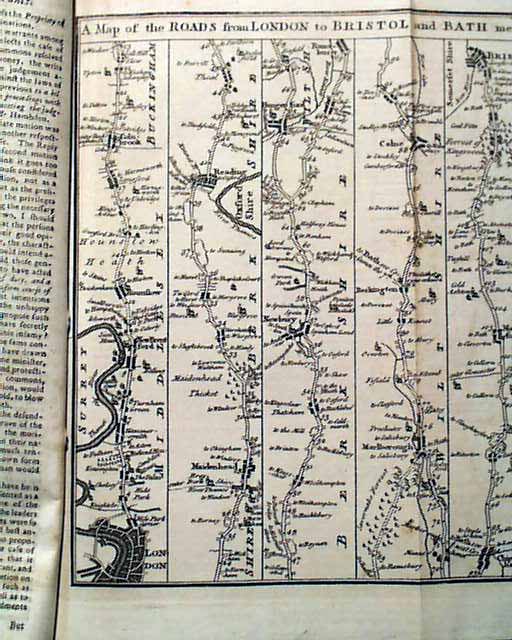 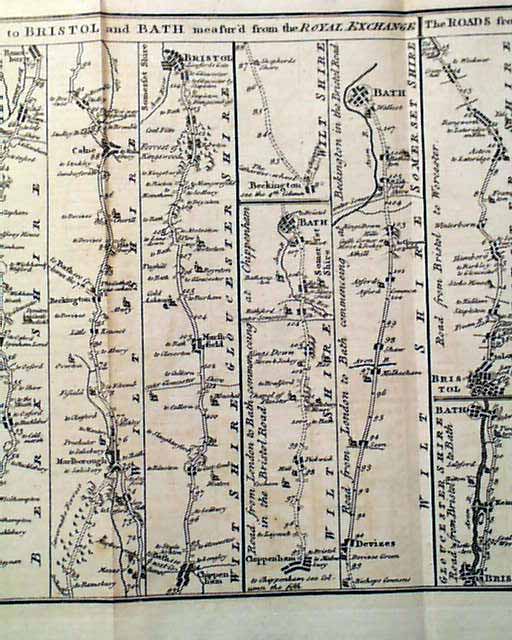 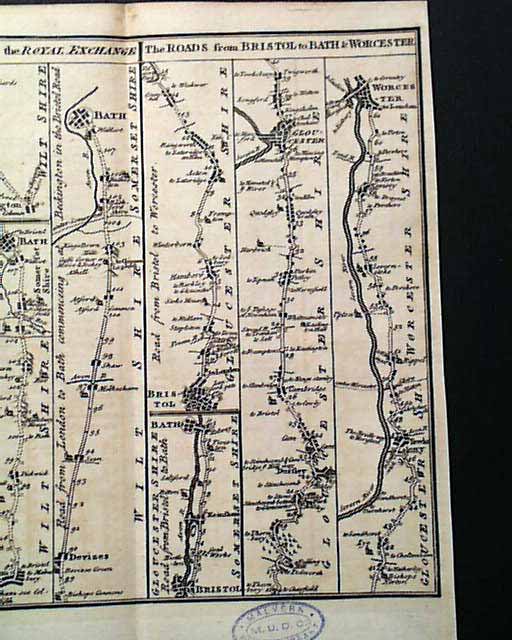 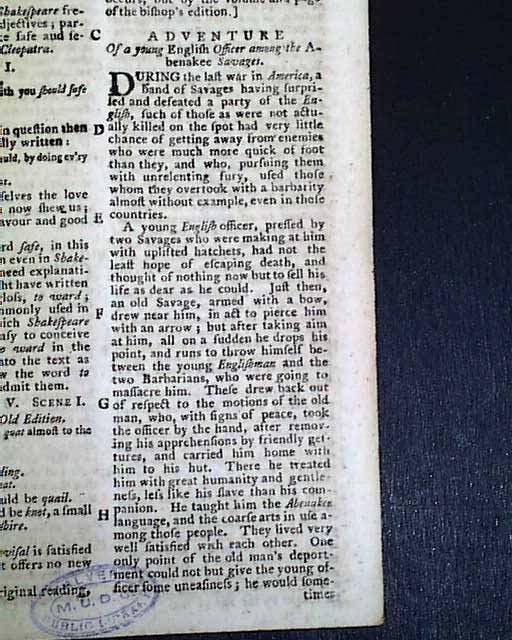