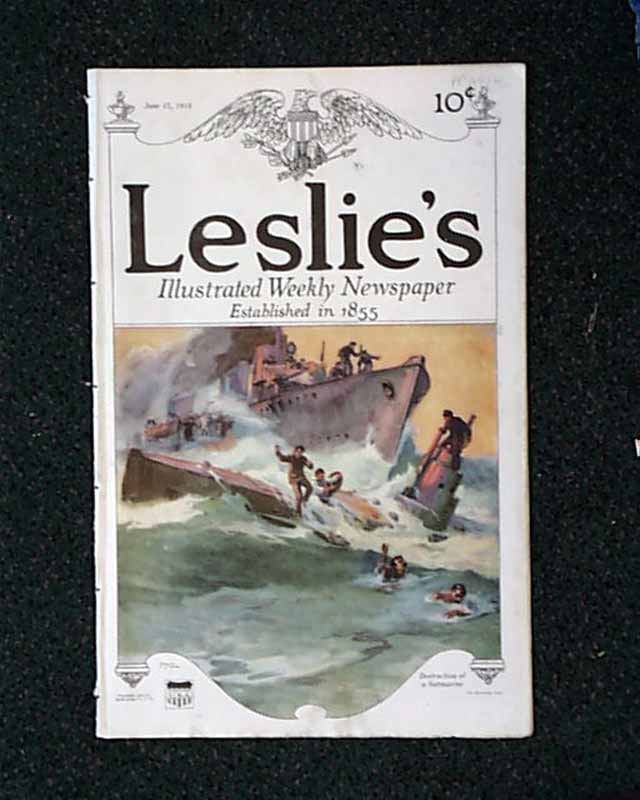 The front page of this issue is an illustration entitled "Destruction of a Submarine".

This issue includes "U.S. Coast Defense Guns More Powerful Than Any Afloat"; "Under the Cloud of the Zeppelins"; "Pictorial Digest of the World's News" and much more.