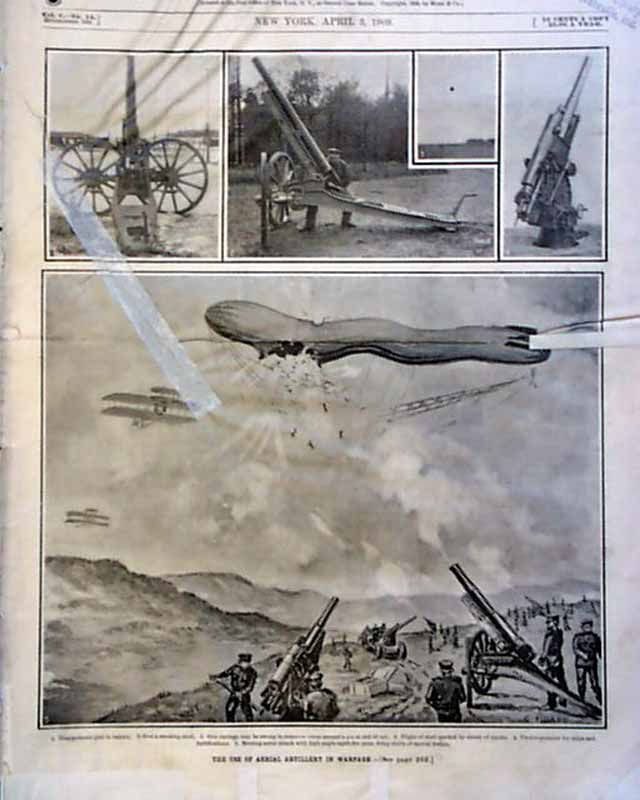 The front page of the this issue shows an illustration of a battle scene, which reads:  "The Use of Aerial Artillery in Warfare".  Additional content includes:  "The Latest United State 'Dreadnought'...", "Night Sky: March and April", and much more.

This issue is damaged, which several attempted repairs on the front page.  Additional tears/repairs can be found on several of the inside pages.