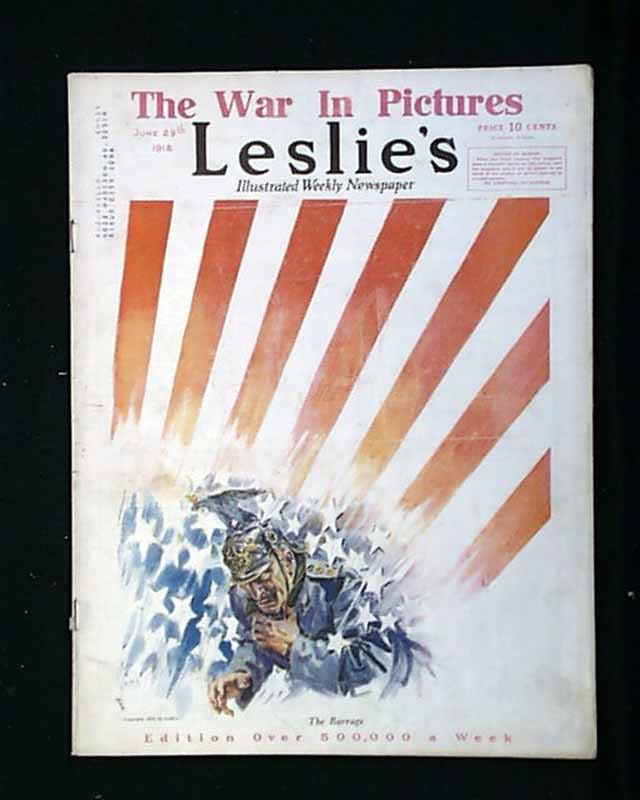 The front page of this issue is an illustration entitled "The Barrage".

This issue includes "Thuderstorm of War on the Oise"; "'With the Aid of God and a Few Marines --'"; "Our ally in the Far East"; "A soldier's Life Has Music Other than the Roaring of the Guns" and much more.