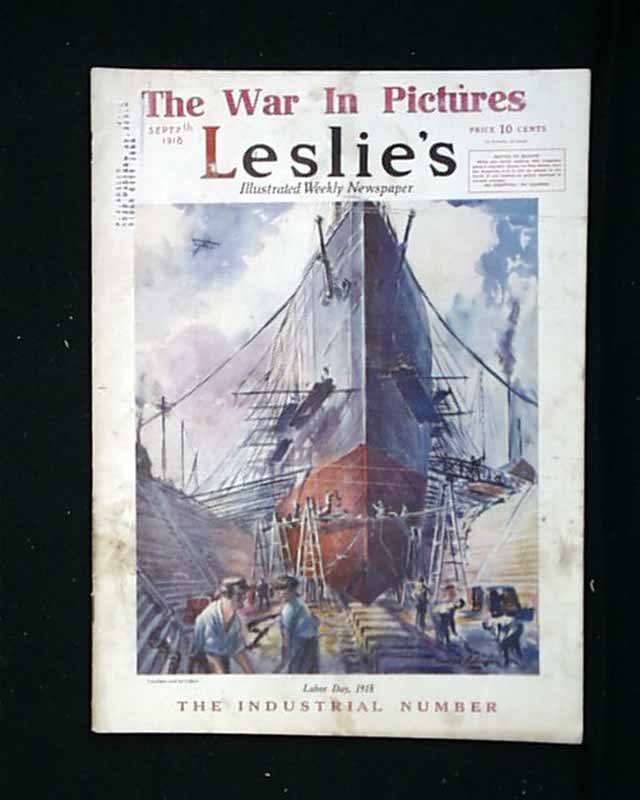 
LESLIE'S WEEKLY, New York, September 7, 1918  The front page of this issue is an illustration entitled "Labor Day, 1918".
This issue includes "To Them Retreat Was 'Unendurable'"; "War: America's Giant Industry"; :Our Men Who Fly for Italy"; "The Second Battle of the Marne Which Made Veterans of Our Men" and much more. Other advertisements of the day are included as well, helping to portray life at the turn of the century.
Complete and in nice condition.