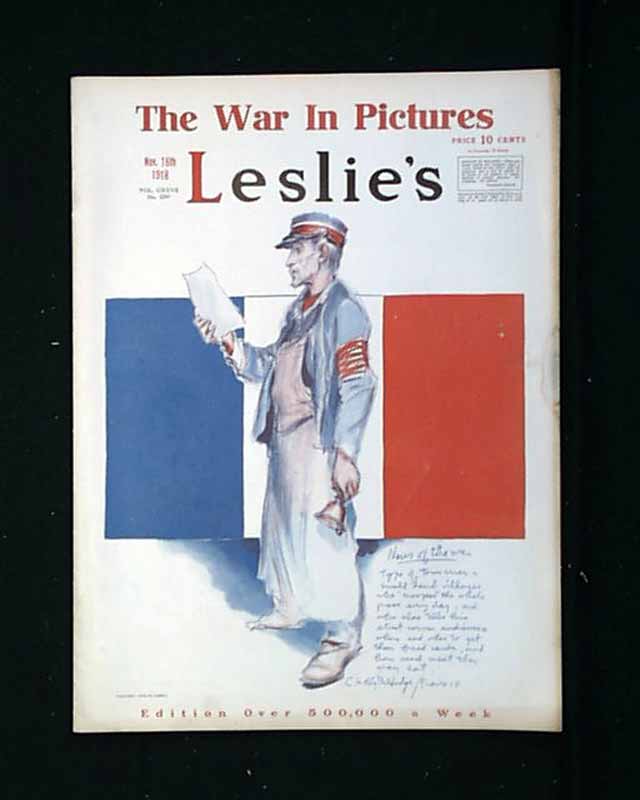 The front page of this issue is an illustration of a town crier in a small French village "News of the War".

This issue includes "Glorious Days in Italy"; "Allied Arms Against Russian Chao"; "The Conquerors" which is a photo of General John J. Pershing,Field Marshal Douglas Haig and General Diaz and much more.