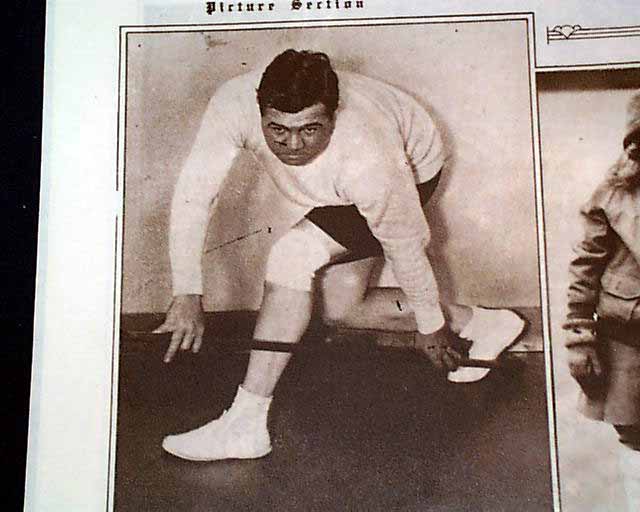 Unusual to see Babe Ruth working out as he was better known as someone who was prone to over-eating and drinking (beer).

This rotogravure section is in great condition.