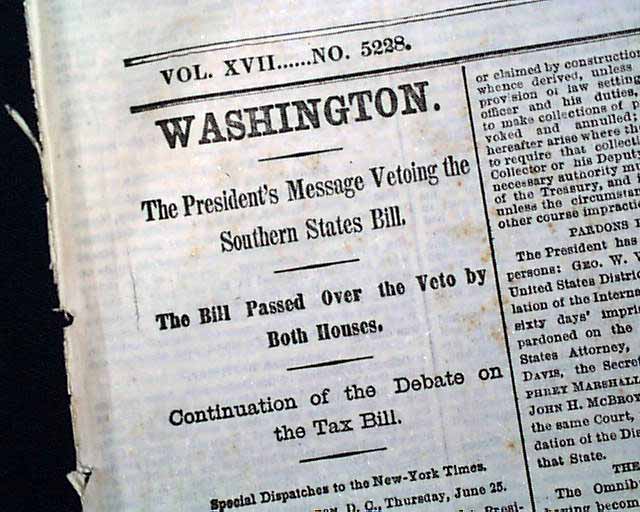 
NEW-YORK TIMES, June 26, 1868  Front page has: "Washington" "The President's Message Vetoing the Southern States Bill" "The Bill Passed Over the Veto by Both Houses" "Continuation of the Debate on the Tax Bill"
Has details about the override of the veto by Congress, plus the text of President Johnson's veto of the Omnibus Reconstruction bill historically known as the Omnibus Act, signed in type: Andrew Johnson. Bill provided certain southern states readmission to representation to Congress.
Other news of day includes: "The Texas Reconstruction Convention" "Baseball In St. Louis" "Washington College" and much more.
Eight pages in nice condition.