Home > Back to Search Results > Mummies discovered in Mexico?...
Click image to enlarge 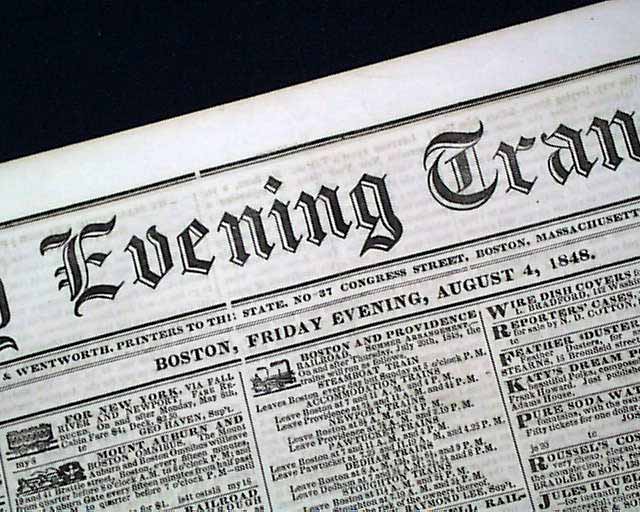 
BOSTON EVENING TRANSCRIPT, from Boston, Massachusetts, dated August 4, 1848.  Page 2 has an unsubstantiated report stating that a million mummies were discovered near Durango, Mexico. This mentions that: "They are in a sitting posture, but have the same wrappings, bands and ornaments as the Egyptians." Also lists the artifacts discovered, and says: "...America will become another Egypt...and her ruins will go back to the oldest period of the world, showing...that the ancestors of the Montezumas lived on the Nile."

Other news of the day includes: "Elopement And Murder" "The Feat At The Falls" and more with advertisements.

This issue is complete in 4 pages and is in nice condition.